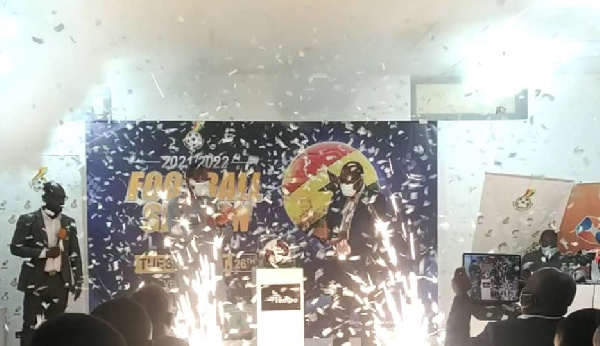 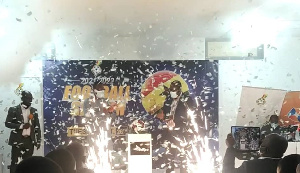 • Division 1 league winners will receive a car as reward

• The new GPL will commence on October 29

The 2021/22 Ghana Premier League season has officially been launched at the Ghana Football Association Secretariat.

18 football clubs across the country will battle it out for the glorious trophy with a cash prize of ¢250,000 cedis at stake for the winner.

The GFA has also promised to reward the best referee of the season with a car. This is in a quest to ensure sanity and integrity in the league.

Speaking at the ceremony on Tuesday, the GFA President, Kurt Okraku revealed that each club will receive 40 balls from the official ball sponsors, Tempo ball.

He also added that his administration is working around the clock to ensure that people can watch the match across the globe on the GFA App.

According to Kurt Okraku, winners in the three Division 1 League Zone will be rewarded with a car with the 2nd placed team taking ¢30k.

In the Women’s Premier League, however, winners in the two zones will receive a cash prize of ¢50k, while 2nd position teams get ¢30K.

This season, however, the burden of having to sponsor referees with kits has been lifted of the GFA, as they have succeeded in securing a kit sponsorship from Zaz.

The new Ghana Premier League will commence on October 29 and end in June just before the 2022 World Cup kick start.

Unveiling of the Official match ball for the Ghana Premier League and other competitions. Tempo ball pic.twitter.com/S4bLhdqyvA

Cash prize has not been increased pic.twitter.com/ll6cvISoUL