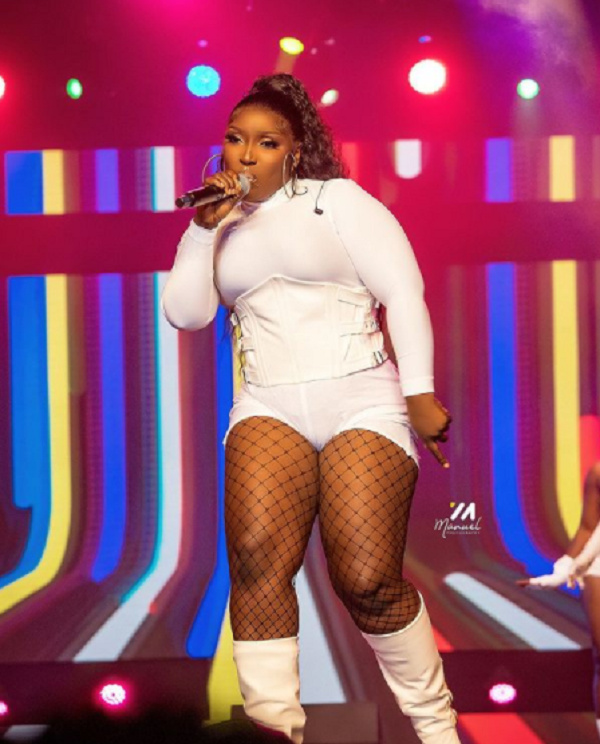 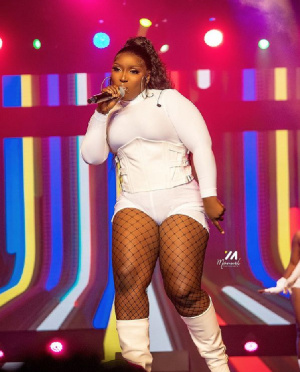 Eno Barony is a Ghanaian musician and rapper

Award-winning female rapper, Eno Barony, has disclosed her encounter with a prophetess who erroneously accused her of causing the death of a military officer.

Disclosing the incident in a Twitter post, Eno said the prophetess accused her of causing the sad public lynching of Major Maxwell Mahama, a military officer, who was attacked by a mob at Denkyira Obuasi in 2019.

According to Eno, the said prophetess said the Denkyira Obuasi incident was a result of her (Eno’s) scary “Death and Resurrection” themed performance at the 2017 Ghana Meets Naija concert which involved the use of a coffin as props.

“Some years back, a soo called prophetess of God Said me coming to the #GhanameetNija stage with a coffin caused the death of the late Major Mahama (may his soul Rest In Peace).

“This makes me wonder which God is talking to some of these prophets/prophetess,” she wrote.

The said performance by Eno Barony happened a day before the sad lynching of Major Maxwell Mahama.

The disclosure by Eno Barony comes at a time when a prophecy has spiralled into the arrest of one of Ghana’s top musical acts, a prophet and some three other persons.

Bishop Stephen Kwesi Appiah, some three weeks ago, prophesied that dancehall artiste, Shatta Wale was going to be killed in a gun attack.

The artiste, on the day the given prophecy was to manifest, disseminated news of a supposed gun attack with the help of some persons within his camp.

Police after establishing the said attack to be fake arrested Shatta Wale and his accomplices; Kojo Owusu Koranteng, Idris Yusif and Eric Venator.

The bishop was also arrested by the police for causing fear and panic.

Aside from the same charge pressed against Shatta Wale and his accomplices, they have also been charged with the dissemination of false information and causing fear and panic.

All the suspects in the matter have been remanded into custody to reappear before a court in a week.

Watch Eno Barony’s performance in 2017 below: