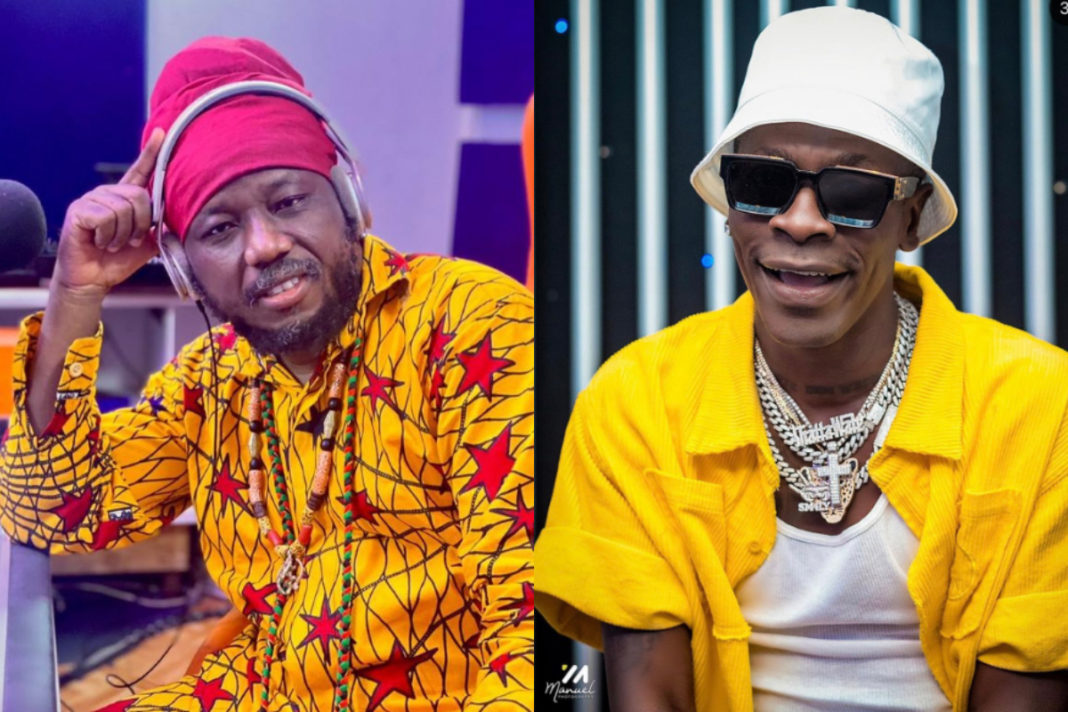 Black Rasta has menacingly hurled demeaning words at Shatta Wale over his arrest.

The Reggae musician and radio personality has never been a fan of the Dancehall artiste and on numerous occasions, they have crossed swords over their differences.

Blakk Rasta shared an old post published on Ghanaweb where Shatta Wale threatened him which is why he’s getting back at him now that his nuisance and foolery have been cut short after he was arrested over his fake gun attack.

Taking to Twitter, he wrote;“@shattawalegh, this was you in 2015. When you sow the wind, you reap a STORM… Junkie Bwoy, rest in JAIL..! 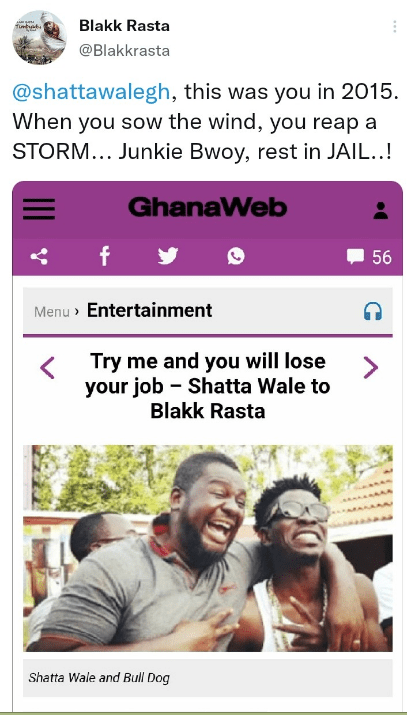 In a related development, Ayisha Modi has expressed her displeasure about how Shatta Wale is being handled in custody particularly after he was remanded for a week pending further trial for causing fear and panic over his fake gun attack.

She reshared a video of Shatta Wale being whisked away after his court appearance to begin his remand term along with this lengthy caption;

“This hypocrisy should stop, we live in a country where people are murdered and the killers will be walking freely, how far with Ahmed sule killers?? Have we found Kwaw Kese manager fennec Okyere’s killer and that of JB Danquah??

They don’t even talk about it because of their corrupted minds. Nana Agradaa was duping people and sending thugs to Beat them but she wasn’t treated like this when arrested. Read more here.

Oware Jnr prostrates on the floor as he gets car, GH¢25,000 cash from Pastor Amoateng