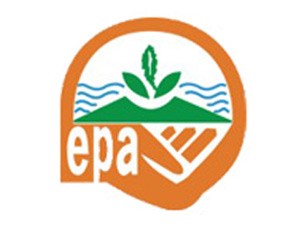 The pledge, made in September 2009 at the United Nations Conference of Parties [COP] 16 sought to support developing countries such as Ghana to tackle the impact of climate change such as drought, flood, irregular rainfall patterns, etc.

Dr. Benefoh is therefore calling on industrialized countries “to redeem their pledge by committing to a new climate finance goal as that [initial] promise has not been delivered”.

Ahead of the Conference of Parties 26, on the issue of carbon emissions, he says, “the current emissions reduction commitments by the large emitters and the other countries through their Nationally Determined Contributions still have a gap that will not respond to the 1.5 or 2-degree temperature goal.”

“While countries that contribute little to global emission are willing to do more, the large emitters are not showing concrete efforts to raise ambition to deep cut their emissions”, he added.

The 2020 Goldman Environmental Prize winner, Chibeze Ezekiel, charged developed countries to be committed to emission cuts as the world is “almost at the tipping point”.

The environmentalist says, “enough of the promises and pledges. We want to see serious actions,” from industrialized countries.

Mr Ezekiel explained that even though Ghana, a developing country, seeks to industrialize, it has taken significant steps to reduce greenhouse emissions by relying on the use of gas (by-product from oil exploration) to power our thermal plants as against the use of crude oil as well as improving the renewable energy sector.

Therefore, industrialized countries must be proactive in their approach towards carbon cuts.

The Working Group I of the Intergovernmental Panel on Climate Change, in its AR6 Climate Change 2021: The Physical Science Basis report, estimated a 1.5 degrees temperature rise.

On adaptation measures to support vulnerable communities, Dr Benefoh says, “it is the priority for Africa and Ghana because we suffer the most from climate impact. We will call for a second look at the global adaptation goal to help bring clarity on finance and tracking of adaptation.”