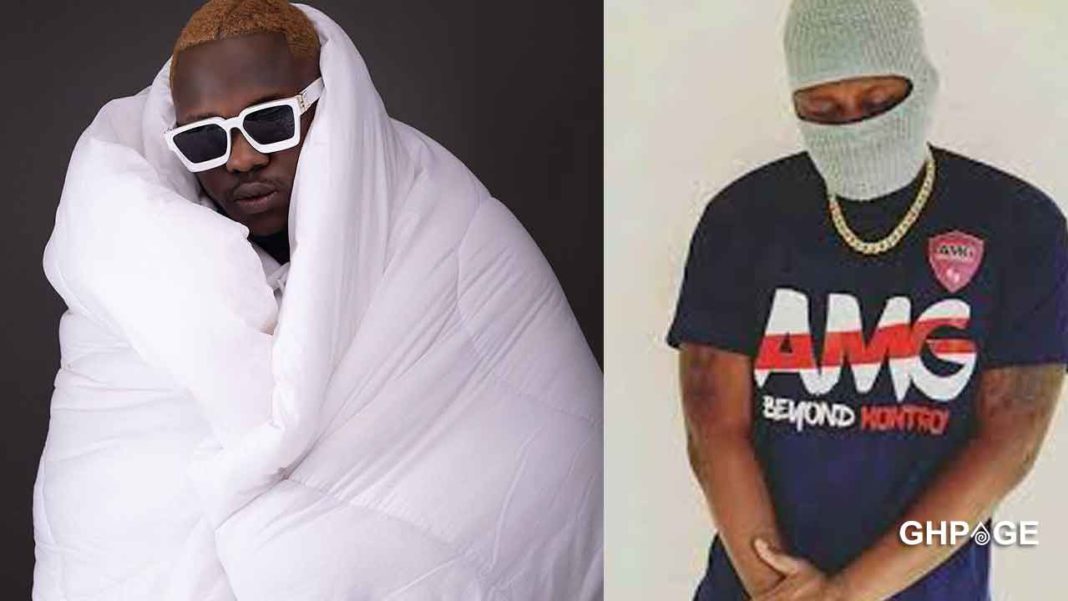 Medikal from the look of things is spending the night in police custody after he was picked up by the police for brandishing a gun in a video on social media.

The rapper was arrested by personnel of the Accra Regional Police Command on Thursday, October 21, 2021.

Ghpage gathers, Medikal has been denied bail and is set to be arraigned before the court on Friday 22nd October 2021.

The ‘Accra hitmaker’ was with his wife, Fella Makafui, earlier at the Accra Regional Police Command charge office.

Our sources tell us Medikal has since been moved from the Accra Regional Police Headquarters, where he was earlier detained.