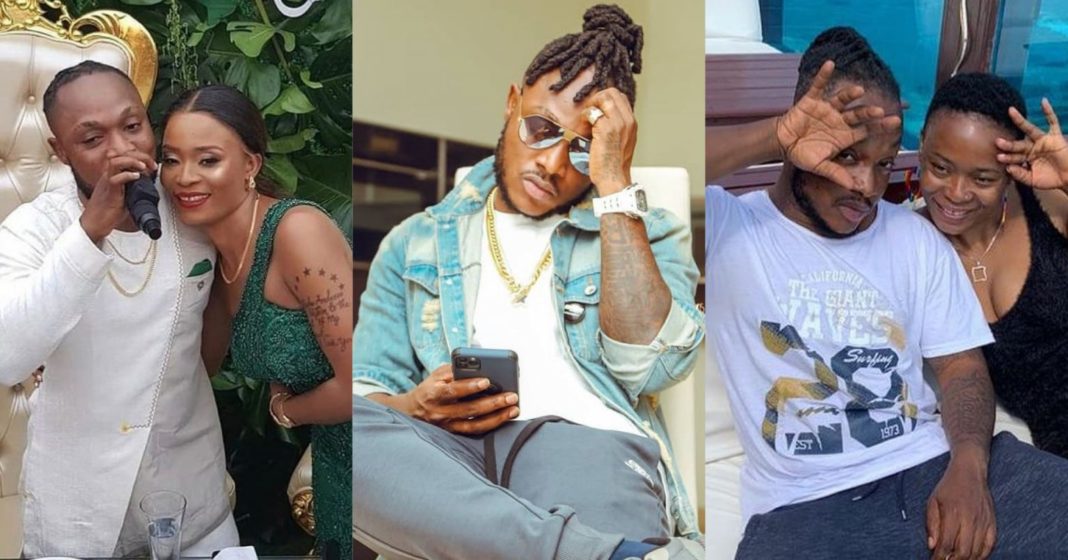 Joan Gyan, the millionaire wife of Keche Andrews has been seen in a new video revealing how she entrapped the singer and ended up marrying him.

She said she deliberately moved in to cohabitate with Keche after they first had sex since from all indications, he came in to hit and run. Her move cause great inconvenience for the singer but with the passage of time, he warmed into her groove and they ultimately sealed their bond with marriage.

To put it bluntly as refracted on the prism of the heading above, Keche wanted to chop and go but her bayla trap caught him before he execute his plans.

Joana is the C.E.O of gold dealership firm Golden Empire Legacy Limited (owner of the record label under which Keche was recently signed), has revealed that she makes millions of dollars every year.

Recall that she famously told Deloris Frimpong Manso (Delay) months ago that she started off her gold business by making between USD 200,000 and 1 million but can now boast of millions.

Keche Andrew and Joana tied the knot in a beautiful traditional marriage ceremony on Saturday, November 30, 2019, at Dzorwulu Abease in the Greater Accra Region.