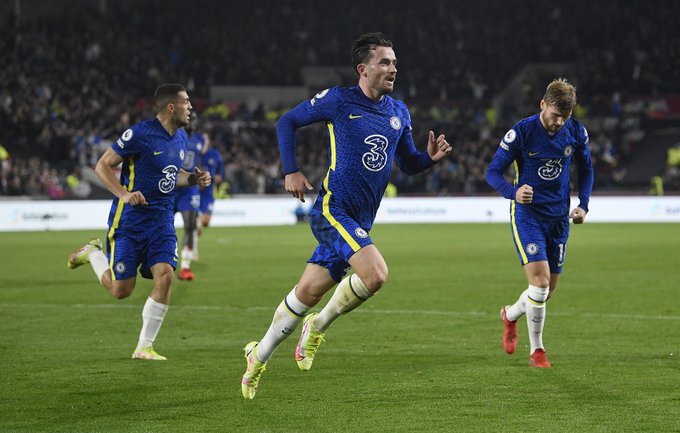 Chelsea returned to the top of the Premier League as Ben Chilwell’s strike – and some strong work to hold off intense late pressure – clinched victory at west London neighbours Brentford.

After Liverpool had gone top by thrashing Watford earlier on Saturday, Thomas Tuchel’s side responded in the late game with a mature and dogged display against their promoted hosts.

England left-back Chilwell scored in the final minute of the first half with his third goal in three games for club and country.

The European champions dominated the first half but had to dig deep to secure the three points in the first league meeting between the two clubs in 74 years.

The outcome would have been different had Brentford forward Bryan Mbeumo scored instead of twice hitting the Blues woodwork either side of Chilwell’s winner.

In a frantic final 15 minutes where Brentford threw everything at their opponents, Chelsea keeper Edouard Mendy had to make two important and brave saves, while Blues league debutant Malang Sarr also cleared off the line.