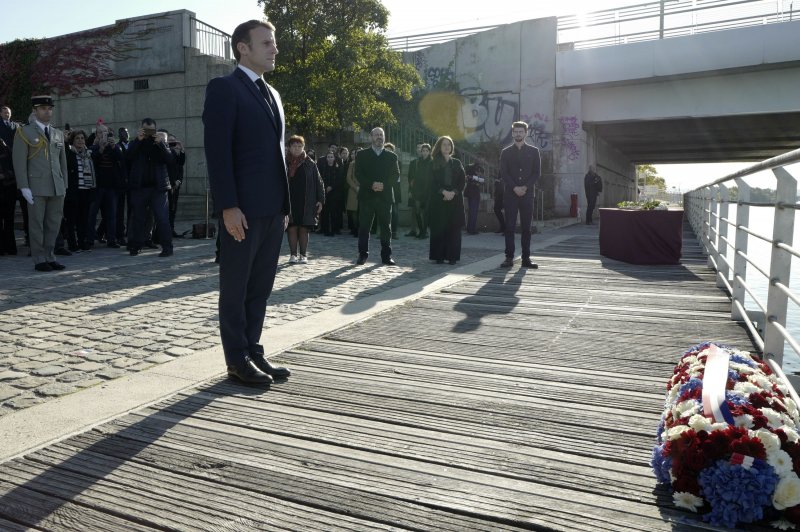 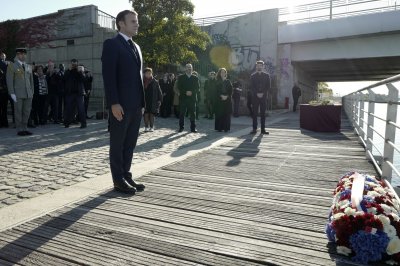 Oct. 16 (UPI) — President Emmanuel Macron on Saturday became the first French head of state to attend a ceremony marking the mass killing of Algerian independence protesters by Paris police in 1961.

The commemoration was held along the Seine River in the Paris suburb of Colombes to remember the violent repression of the peaceful protest in which Algerian demonstrators were beaten, shot and thrown into the river by police.

Demonstrators were calling for France to end its war against Algerian independence. The French government later attempted to cover up the massacre.

While former President François Hollande acknowledged the killings, which are estimated to be as high as 200, Macron is the first head of state for the former colonial power to attend a commemoration, reports The New York Times.

“France looks at its entire history with lucidity and recognizes the clearly established responsibilities,” Macron said in a statement posted to Twitter. “The crimes committed on the night of October 17, 1961, under the authority of Maurice Papon, are inexcusable for the Republic. Today we pay tribute to the victims.”

A statement posted to the Élysée’s website said “the repression was brutal, violent, bloody” and that nearly 12,000 Algerians were arrested in the ensuing crackdown.

Macron, the first president born in post-colonial France, did not issue a formal apology, which activists have called for along with reparations, reports France 24.

The acknowledgment comes as Macron attempts to navigate a difficult political landscape. He is currently campaigning for next year’s elections where he’s expected to face a right-wing challenge.

Macron has made earlier efforts to acknowledge the country’s colonial past and released secret documents related to France’s war with Algeria.

But Macron is also seeking the support of conservative voters who look more favorably on France’s colonial past in an election consumed by issues of cultural identity, reports the Times. Macron’s office said in January that there would be “neither remorse nor apologies” for France’s occupation of Algeria.