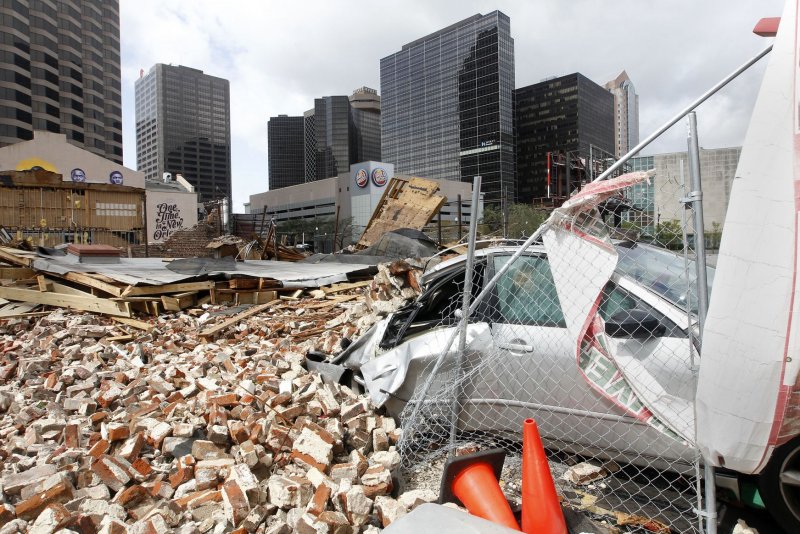 While the Atlantic hurricane season does not officially end until Nov. 30, AccuWeather forecasters believe that the odds of any additional tropical storm formation in the near future are low.

After a frenetic pace around the peak of hurricane season, there is just one name left on the 2021 list of storm names: Wanda. Might that name go unused?

The 2021 Atlantic hurricane season got off to a record-fast start, with five storms forming by July 1, surpassing a record set just a year ago. The season continued at a fast pace, with development kicking off again in mid-August and continuing through mid-September. By the end of the period of rapid activity, eight storms had made landfall in the United States. But now, the tropics sit dormant.

“We’re going into a situation where there are less tropical features coming off Africa, which before October usually are the instigators in the development of tropical storms and hurricanes,” AccuWeather Hurricane Expert Dan Kottlowski said.

Hurricane Ida, the strongest storm to make landfall in the United States this year, was born from a tropical wave that began to organize in the southern Caribbean Sea, just off the coast of South America. Ida rapidly intensified before making landfall in Louisiana. Even after losing wind intensity, the storm went on to devastate parts of the Northeast as a tropical rainstorm.

Hurricane Henri, which formed off the Northeast coast, had its unusual origin in a complex of thunderstorms that tracked across the United States nearly two weeks before its landfall in Rhode Island.

But, around October, the number of tropical waves usually decreases, with storms tending to originate in the Caribbean Sea.

Hurricane Nicholas, which formed this year in September, had its origin in a fashion more typical of October tropical development, forming in the Bay of Campeche before making landfall in Texas as a Category 1 hurricane.

However, wind shear over the Caribbean Sea is greatly depressing the chance of any further tropical development this year.

“When you have strong winds, what we call wind shear, those strong winds will weaken tropical systems, and that’s why it’s been so quiet since Sept. 15, because we’ve had a tremendous amount of wind shear in the Atlantic basin,” said AccuWeather chief broadcast meteorologist Bernie Rayno.

Vertical wind shear, the most impactful when it comes to tropical systems, is the change in direction and speed of winds at increasing heights in the atmosphere.

When strong vertical wind shear is present, the top of a tropical storm or hurricane can be blown hundreds of miles downstream. In this case, the storm can become very lopsided or tilted and begin to unwind as dry air makes its way into the system or the flow of warm, moist air into the entire storm is disrupted. Strong wind shear can prevent a storm from forming in the first place.

“We are going into a La Niña,” Kottlowski said, referring to the climatological phenomenon in which sea surface temperatures in the equatorial Pacific Ocean drop below average and can have far-reaching effects on weather elsewhere in the world.

NOAA on Thursday announced that the La Niña phase had officially developed and that meteorologists expect it to remain into spring of next year.

Wind shear can be visible to keen observers on satellite imagery. If an active tropical system looks lopsided, with the clouds on just one side of the system, that is likely due to high amounts of wind shear. In lieu of a tropical system, wind shear can be visible on water vapor satellite loops, which show the movement of water vapor in the upper atmosphere, and thus can indicate high winds present.

But, as Kottlowski mentioned, the weather pattern over the Atlantic basin is being influenced by a La Niña phase, which historically tends to shift vertical wind shear northward and out of the Caribbean.

La Niña, which translates to “little girl” in Spanish, is one phase of a three-pronged natural climate pattern that occurs across a large portion of the tropical Pacific Ocean known as the El Niño-Southern Oscillation. ENSO’s three phases are broken down into La Niña’s cool phase, which amplifies the northern jet stream and weakens the southern jet stream, known as the subtropical jet stream, having downstream impacts in the United States.

If the La Niña helps to make conditions become more favorable, the Atlantic basin might be able to churn out a few more storms before the season ends, or even after the season officially ends on Nov. 30. Storms can develop well into November and have even formed as late as January,

“Don’t let down your guard yet, because we still have plenty of warm water and, with us going into La Niña, that presents a unique opportunity for tropical development in the late season,” Kottlowski said.

Unless conditions change soon, the 2021 Atlantic hurricane season looks to go out with a whimper instead of a bang.