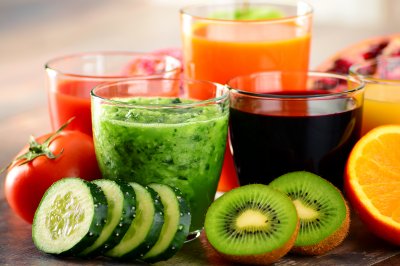 Oct. 15 (UPI) — Accessing healthy, nutritious food remains challenging for people living in poverty in the United States, even among those who receive meals at work or school, experts said Friday.

Meals obtained by adults during free food programs offered through their work had an average score between 38 and 43 points on the 100-point Healthy Eating Index scale, the data from a study published this week by PLOS One showed.

Similarly, free meals obtained by children during school had average Healthy Eating Index scores that ranged between 38 and 50 points, the researchers said.

On average, people age 2 and older in the United States have diets scoring 57 points on the Healthy Eating Scale, a measure of dietary quality, according to the Department of Health and Human Services.

The 100-point Healthy Eating Index was established by the U.S. Department of Agriculture, which runs Supplemental Nutrition Assistance Program, in 2010.

Scores were slightly higher for free meals obtained by children living in poverty who received SNAP benefits — roughly 50, on average — compared to 48 for those who did not receive these federal subsidies, according to the researchers.

However, for adults, the Healthy Eating Index scores for free meals actually were lower for SNAP beneficiaries, at about 38 on average, than those who were covered under SNAP, at 43, they said.

“A lot of food in the American diet is acquired for free, like free lunch at school and free food at work,” study co-author Aviva Musicus told UPI in an email.

“One way for people to make healthier choices is for the institutions that provide free food to improve the nutritional quality of the foods they offer,” said Musicus, a post-doctoral research fellow at the Harvard T.H. Chan School of Public Health in Boston.

The findings of the analysis suggest that free meal programs offered by schools and employers need to be regulated with “strong nutrition standards” to improve their “health profile, which can in turn improve overall dietary quality for American families,” she said.

About 38 million people in the United States, about 50% of whom are children, receive SNAP benefits — monthly funds to pay for groceries — according to the USDA.

Most of the free meals offered to children in schools are provided through the National School Lunch Program, which is also administered through the USDA and provides free and reduced-price lunches to more than 30 million children daily, Musicus and her colleagues said.

Meals provided through the program are required to adhere to strict nutrition standards based on the USDA’s Dietary Guidelines for Americans, agency officials said.

“School meals are vital to the health and well-being of our nation’s children,” a spokesman at the USDA told UPI in an email.

“USDA’s school meals programs provide critical nutrition to millions of children every school day, and updated program standards have had a positive and significant influence on nutritional quality over the last decade,” the spokesman said.

Most workplaces nationally do not have standardized nutrition requirements, and few nutritional standards govern food offered in institutional settings, Musicus and her colleagues said.

She and her team evaluated the nutritional quality of both free and “non-free” meals accessed by people with household incomes below 185% of the federal poverty level — $26,500 for a family of four — and compared them with those living above that threshold.

The study period covered 2019 and 2020, with the latter year seeing many schools and businesses closed due to the COVID-19 pandemic, the researchers said.

During the study period, about 30% of meals obtained by SNAP recipients were acquired through free food programs, compared with 22% for non-SNAP beneficiaries with incomes less than 185% of the federal poverty level, about $49,000 annual income for a family of four, the data showed.

Health Eating Index scores were higher for non-free meals obtained by non-SNAP recipients with incomes higher than that threshold — about 51 for children at school and 44 for adults at work — than for free meals acquired by those living below the federal poverty level, the researchers said.

This was true whether or not those living below the federal poverty level received SNAP benefits, they said.

In addition, the Healthy Eating Index scores for non-free meals obtained by SNAP recipients, likely with funds through the program remained lower — 44 for children, 37 for adults — than the national average, the data showed.

“We live in a food environment in which the healthy choices are not typically the easy, affordable, most convenient ones and not the ones most often promoted,” Lorrene Ritchie, director of the Nutrition Policy Institute at the University of California, told UPI in an email.

“While low-income individuals tend to have lower diet quality than those in more advantageous circumstances, Americans across the board have ‘failing’ scores,” said Ritchie, who was not part of the PLOS One study.