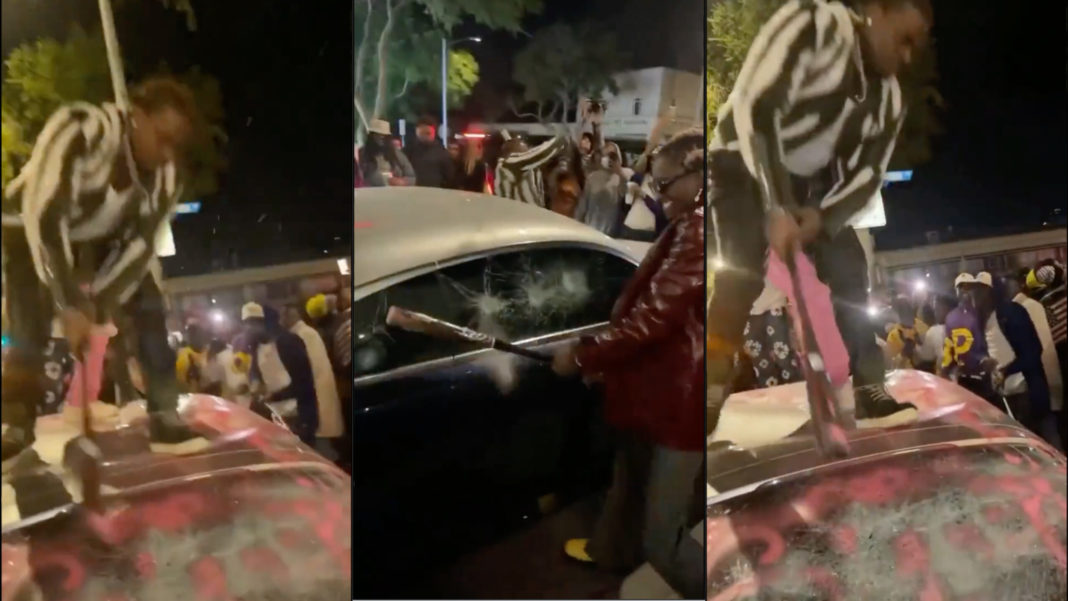 Young Thug and Gunna of the United States are facing severe backlash after destroying a luxury car to promote Thug’s new album Punk.

Both rappers are seen destroying a Rolls-Royce in a video posted by Gunna on Tuesday (12 October) night during Thug’s album listening event in West Hollywood.

Thug is seen smashing the side panels and windows of a vehicle worth up to £218,000 with a baseball bat, while Gunna stands on the vehicle’s bonnet attempting to break the windshield. The word Punk was written all over the car.

Metro Boomin and other members of Thug’s YSL clan were also seen smashing the car, according to Revolt.

Fans were unimpressed by Young Thug and Gunna’s stunt, with one saying, “This irritates me.” So many Black and brown children go to bed hungry every day, and Black people out here destroying a car worth thousands of dollars? Simply because they can.”

Another person commented, “Should have auctioned off a pink Rolls Royce and donated the proceeds to charity.” “I’m a wasteful and extravagant person, but that’s a little much.”

My mother’s demise inspired me to do music