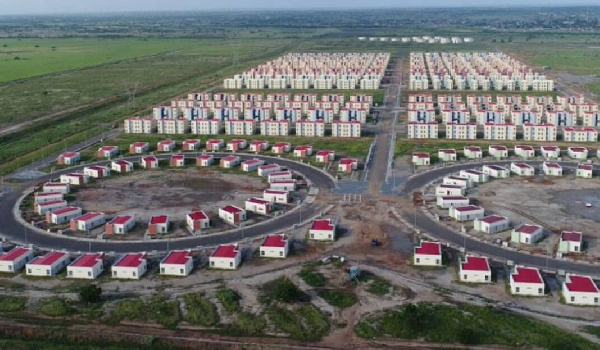 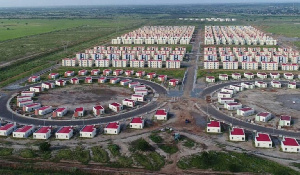 An aerial view of the Saglemi Housing estate

A new judge is to take over the case involving Alhaji Collins Dauda, a former Minister of Works and Housing and four others.

This is because, Justice Comfort Tasiame who sat on the case during vacation, is on leave.

Consequently, the case was on Wednesday adjourned by an Accra High Court due to the incompleteness of administrative processes in transferring the matter to the new judge.

Alhaji Dauda, who is accused in the US$200 million Saglemi Housing Project, has been admitted to self-recognisance bail by the Court.

He was ordered to deposit his passport with the Court’s registry.

The four other accused persons standing trial with Alhaji Dauda have been admitted to bail in a total sum of US$322 million or its Ghana Cedi equivalent.

Mr Kwaku Agyeman-Mensah, also a former Minister of Works and Housing and Alhaji Ziblim Yakubu, a former Chief Director of the Ministry, were admitted to bail in the sum of US$65 million each with three sureties each.

They were also directed to deposit their passports with the Court Registrar.

The Court said one of the sureties must be a public or civil servant and he is also ordered to deposit his passport with the Court Registrar.

Mr Nouvi Tetteh Angelo was admitted to bail in the sum of $13 million with three sureties.

His sureties are to provide two landed properties situated in Accra.

This was after all five accused persons had pleaded not guilty to charges of willfully causing financial loss to the State.

The MP, together with Kwaku Agyeman-Mensah, Alhaji Ziblim Yakubu, Andrew Clocanas and Nouvi Tetteh Angelo, are also facing the charge of issuing a false certificate.

Mr Clocanas and Mr Tetteh have been additionally and jointly charged for dishonestly causing financial loss to the State.

They are being arraigned in court over the Saglemi Affordable Housing infractions.

The five were charged for 52 counts charges, including causing financial loss to the State.

They are facing charges of intentionally misapplying public property, causing financial loss to the State, and issuing of false certificates in the Saglemi Affordable Housing project involving $200M.