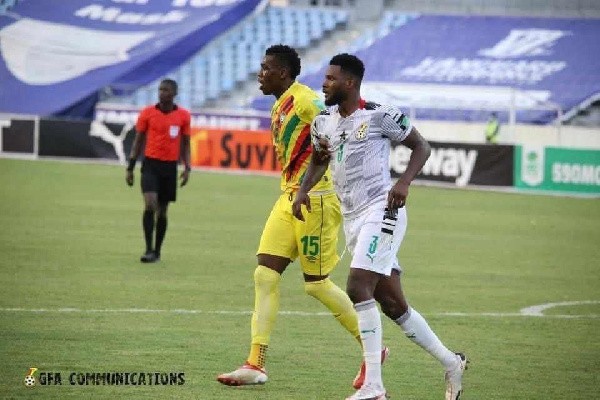 Ghana international, Benjamin Tetteh has disclosed that former Black Stars duo of Michael Essien and Stephen Appiah inspired him to grow up as a footballer.

Tetteh currently plies his trade for Turkish side Yeni Malatyaspor and has established himself as a key cog to the club.

The 24-year-old has bagged three goals in seven matches this season for the club.

The former Dreams FC striker throwing light about his career disclosed that Ghanaian duo Michael Essien and Stephen Appiah inspired him though he had an affection for Portuguese star Cristiano Ronaldo when he was young.

Benjamin Tetteh said he started to love Adebayor and Ibrahimovic as he grew up.

“I was used to coming to Europe for 1-2 months. But I had to mature to come and start living alone. Therefore, it was a bit difficult for me. I liked Cristiano Ronaldo very much when I was young. As time passed, as I grew older, I started to love Adebayor and Ibrahimovic. I started because I think we have common points.”

Tetteh said that the players who inspired him the most in Ghana are Michael Essien and Stephen Appiah. I can take advantage of the opportunity,” he said.