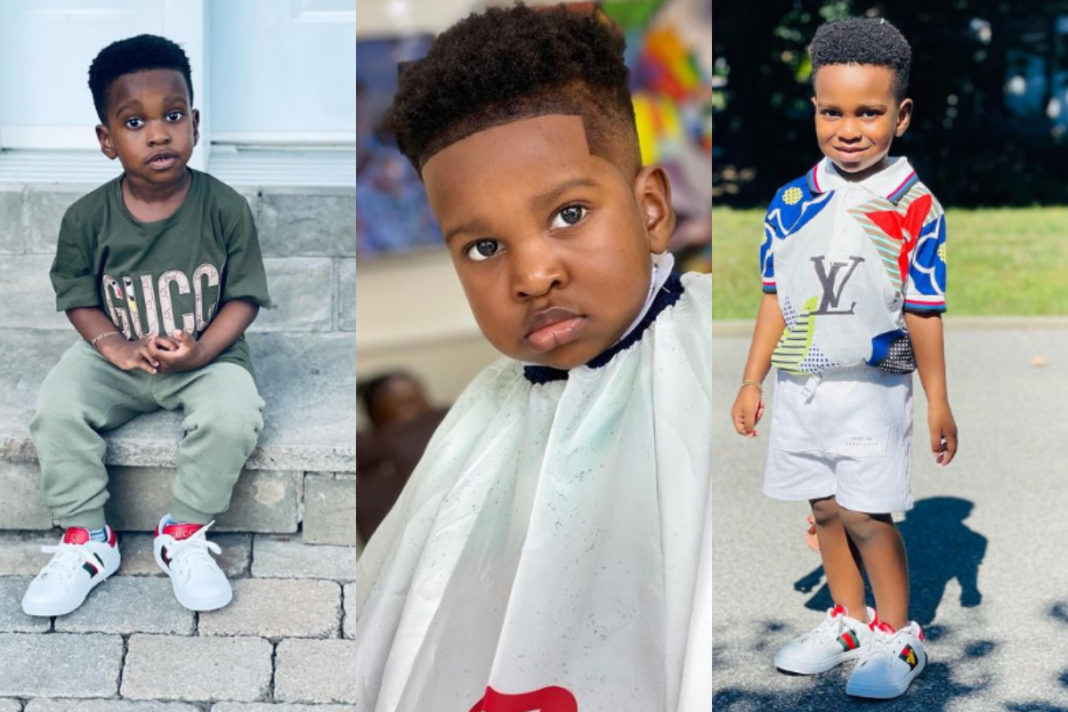 John Dumelo Jnr. unlike other children of some Ghanaian celebrities who are mostly flaunted on social media, the young king is barely heard of but when he surfaces on social media, he manages to get Ghanaians admiring his good looks and swag.

In the news photos he shared on his IG wall, the boy was seen rocking some fashionable outfits with some cute poses as he marks his birthday.

In celebration, his father, John Dumelo also took to social media to express his undying love for his by saying; Happy bday Junior @johnd_jnr . May you grow up to achieve more than I have and may your steps be guided in the Lord. U better remove those nice clothes and get ready to go to the farm at 5am. No excuses!!!

See the cute photos below:

In other news, undoubtedly one of the most admired couples in the entertainment fraternity, Mr & Mrs. Frimpong, made up of the Ghanaian rapper, AMG Medikal, and the actress, Fella Makafui have proven beyond all reasonable doubt that their bond has been ordained and certified by God, thus no man can put them asunder.

After playing the role of a best friend while the rapper was still in a relationship with the songstress, Sister Derby, it has been alleged that Fella Makafui snatched Medikal after proving her love to him.