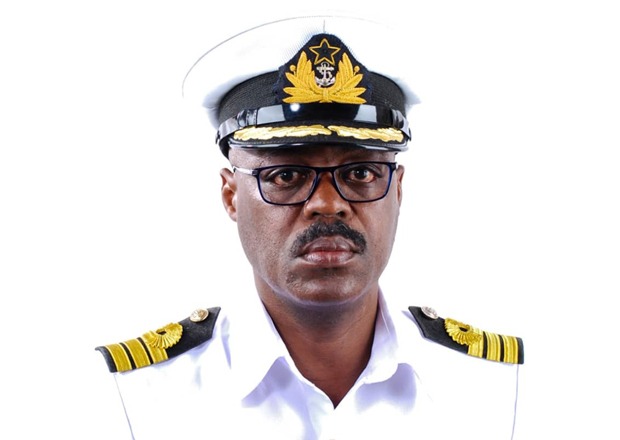 THE GHANA Navy has foiled attempted pirate attack on a fishing vessel on the country’s territorial waters off South Aflao in the Volta Region.

The tuna vessel, christened AFKO 80 was operating 105 nautical miles south of Aflao when the attack occurred on Monday October 11, 2021 at about 2am.

According to him, the operation was carried out without any casualty to the vessel and its crew as the vessel continues to be engaged in its lawful fishing activities.

According to him, pirates often demanded nearly $50,000 minimum in ransom per crew member kidnapped.

He added that this was affecting Ghana’s fishing industry which recorded two separate attacks in June and August 2020, with two Koreans presently being held captive in the Niger Delta as the Korean Embassy in Ghana continued to negotiate for their release.

The piracy situation in the Gulf of Guinea has created a sense of insecurity in the Region.

In Ghana, the Navy has strived to maintain adequate security at sea to enable a conducive maritime environment for national development. Fishing vessels have often fallen prey to pirates within the Region.

Meanwhile, the Chief of the Naval Staff recently visited his counterparts in Nigeria, Benin and Togo as a way of seeking their cooperation to combat the regional menace.

Additionally, the Ghana Navy in its quest to curb this menace, decided to deploy armed naval personnel onboard fishing vessels in consultation with stakeholders in the industry all aimed at ensuring a safe and secured maritime environment for the smooth operations of fishing and commercial vessels.

The Navy therefore seeks the cooperation of all partners to enable the nation to achieve a safe maritime environment for national development.