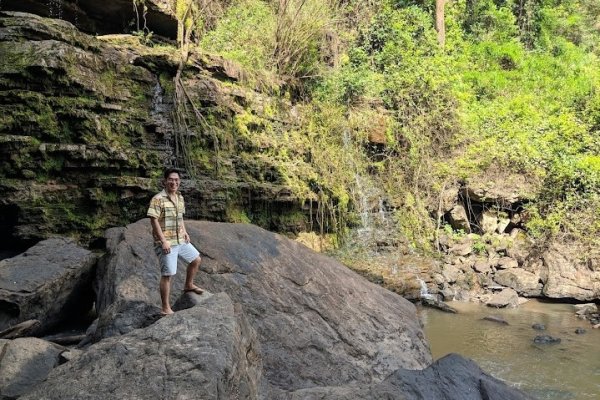 Asenema (E/R), Oct 2, GNA – The Okere District Assembly is working to become a tourist hub to attract visitors all year round and to create job opportunities and improve the socio-economic well-being of the people.

Under the agenda, the Assembly said it had identified over 10 tourist potential sites with compelling historical backgrounds to be harnessed and developed into modern tourist destinations.

The identified tourist sites include Bosompra Forest reserve and Water Fall at Abiriw, the legendary Okomfo Anokye shrine, which comprises his birthplace and the famous Oware created by Okomfo Anokye with his bare hands at Awukugua.

Others are the slave route and market at Abonse, Waterfalls at Akaa, Apirede and Asenema, an umbrella rock and fertility rock popularly known as (obosabea) situated near the Akaa falls.

All these natural and huge potential tourist sites have not received the needed attraction because of lack of promotion and investment to make the place receptive and attractive for both local and foreign tourists to patronise over the years.

Mr Daniel Kenneth, the District Chief Executive (DCE), who made this known in an interview with GNA, indicated that with the abundant tourist potentials, “it’s no doubt that one of the major factors which would lead our local economy is tourism and we are poised to pursue that agenda to the logical conclusion.”

Using the Asenema waterfall as a fulcrum in the tourism drive, the Assembly, in collaboration with the Ghana Tourist Authority (GTA), planted over 500 species of Rosewood, Prekese and Mahogany trees to create a therapeutic garden at the Asenema waterfalls to beautify the area as well as promote eco-tourism.

In addition, the planting of the trees was a strategic move to make the all-year-round fall site to be resilient against non-climate stressors as well as provide jobs for the teeming youth in the area whiles creating an indirect market for the other trading activities within the enclave.

The DCE said assessment of all the sites and plans were ongoing to strategize for specific interventions in line with the Ghana Tourist Authority guidelines and standards.

He called for investors to partner with the Assembly “under a healthy Public-Private Partnership strategy.”

As part of the agenda to improve tourism, he said the hospitality industry was also being developed at a faster rate, mentioning the Safari Valley Resort Hotel located at Abiriw, the Ridge Nest Hotel and the Lord&Larbi high rate hotels located at Adukrom, the district capital.

History has it that the legendary Okomfo Anokye, who is regarded as the founder of the golden stool of the great Ashanti kingdom, was born at Awukugua in the Okere district, his birthplace and the exact room he was born has been preserved as a shrine and the many wonders he performed in the area before moving to the Ashanti region have all been documented.

Okomfo Anokye is believed to have created an Oware with his bare hands at Awukugua and that on his journey to Kumasi, he passed through a forest at Apirede and as he moved his footprints remained visible up to date.

Another interesting tourist site identified to be developed is a slave route and market at Abonse. According to records, the site was used as a slave route as well as a slave market during the slave trade era and all the historical archives have been kept.

The downhill of the Okere area is dotted by gari production besides farming, along the main Somanya-Adukrom-Koforidua road and the expectation is that with the investment in the tourism sector, the rippling effect would be creating a market for the gari production and many trades to improve the local economy.

The Okere District Assembly was carved out of the Akuapem North Assembly and inaugurated in March 2018 as one of the seven new districts created in the Eastern Region.

The tourism industry in Ghana is known to promote sustainable tourism, which includes cultural tourism, heritage tourism, and recreational tourism, among others.