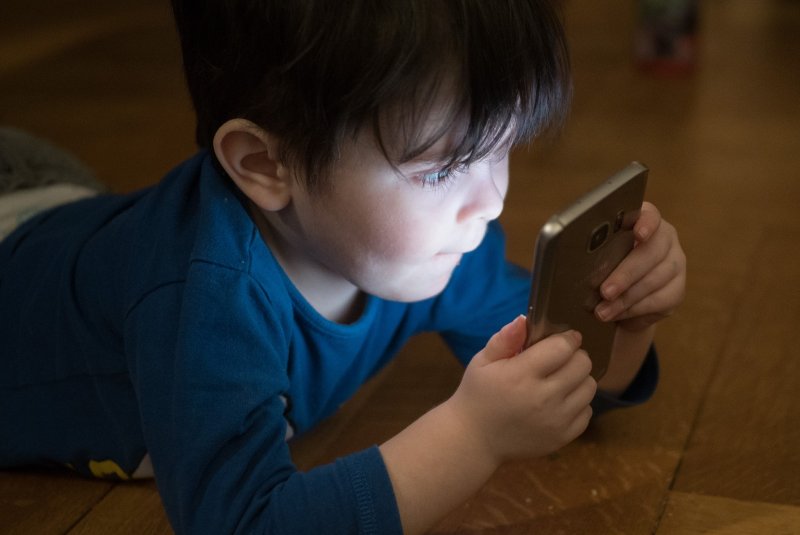 Oct. 1 (UPI) — Children and teens age 6 to 17 had about four hours per day of “screen time” on mobile devices, computers or gaming systems daily during the height of the COVID-19 pandemic in the United States last fall, a survey published Friday by JAMA Network Open found.

But just one in five children and teens engaged in at least 60 minutes of physical activity during the study period, from Oct. 22 through Nov. 2, the data showed.

And nearly one in 10 young people indicated that they had zero days with 60 or more minutes of physical activity.

“Promoting physical activity and limiting screen time may both be important targets of promoting children’s mental health during and after the COVID-19 pandemic,” study co-author Dr. Pooja Tandon told UPI in an email.

“Families, schools and communities need to prioritize these health behaviors and each work towards creative solutions to equitably promoting access to daily opportunities for physical activity for all children,” said Tandon, pediatrician and researcher at Seattle Children’s Research Institute.

The Centers for Disease Control and Prevention recommends that young people engage in at least 60 minutes of physical activity daily, ideally outdoors.

However, even before the COVID-19 pandemic, which forced the closure of schools and cancellation of youth activities, including sports, nationally, agency research suggests that most children and teens do not meet these minimum standards for physical activity.

Moreover, a 2018 study found that fewer than one in four young people had at least 60 minutes of physical activity per day.

This is significant, Tandon and her colleagues said, because studies conducted in China have found that children who engaged in more physical activity during the pandemic had better behavioral and mental health, but that opportunities to exercise were fewer because of virus concerns.

“There have been numerous understandable challenges for children to be physically active during the pandemic,” David Bennett, a professor of psychiatry at Drexel University in Philadelphia, told UPI in an email.

“These include school closures that limit access to physical education and organized sports, playground closures and social distancing that limits opportunities to play with friends,” said Bennett, who was not part of Tandon’s study but has conducted similar research.

For this study, Tandon and her colleagues surveyed 1,000 children ages 6 to 17 and their parents or caregivers — all from across the United States — between Oct. 22 and Nov. 2, when many schools nationally were closed due to the pandemic.

Of the participating children, 21% reported that they engaged in at least 60 minutes of physical activity daily, the data showed.

However, just over 8% indicated that they had zero days in which they met the CDC’s physical activity recommendations, the researchers said.

On average, study participants said they were physically active for 60 or more minutes on about four days per week, according to the researchers.

Nearly 14% of the children and teens in the study had been diagnosed with or undergoing evaluation for anxiety, while 10% reported symptoms of depression, the data showed.

In addition, just over 11% indicated they were experiencing behavioral problems, the researchers said.

Young people who met the minimum criteria for physical activity were less likely to experience these mental health disorders and behavioral problems, according to the researchers.

“Parents and schools need to be creative in how to support more active play and outdoor time and decrease screen time, because our paper shows that these health behaviors are associated with mental health,” Tandon said.

“We can’t expect parents to shoulder all of this burden — schools and communities play an important role in supporting and promoting physical activity and outdoor time for children,” she said.