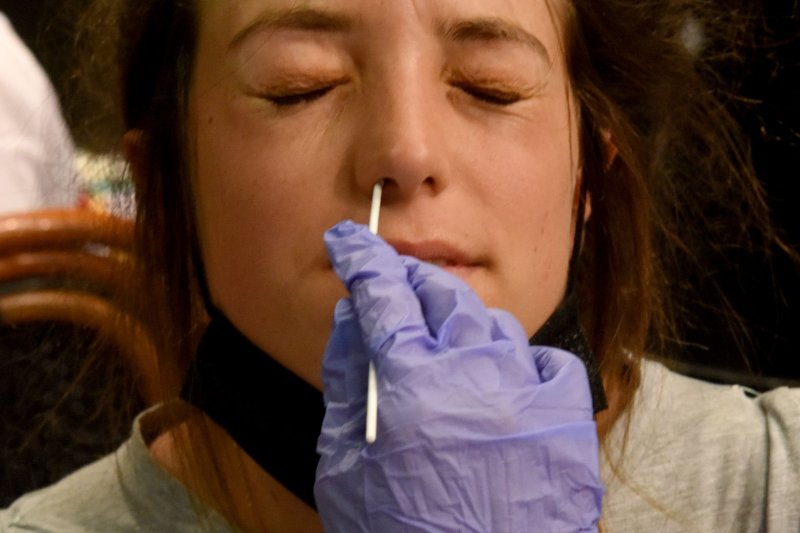 Sept. 28 (UPI) — Seven symptoms can be used to diagnose COVID-19, particularly in areas in which testing kits are in short supply, an analysis published Tuesday by PLOS Medicine found.

Using the seven symptoms as the basis for recommending testing would result in 30% to 40% of symptomatic individuals in England being eligible for evaluation, researchers from Imperial College London said.

If all those eligible were tested, 70% to 75% of positive COVID-19 cases would be detected, they said.

“If we were testing everyone reporting at least one of these seven symptoms, then up to 75% of the symptomatic cases would be identified, hence improving the control of the spread of the epidemic,” study co-author Marc Chadeau-Hyam told UPI in an email.

“Where testing capacity is limited, focusing on using these seven symptoms for triage would optimize the positive detection rate,” said Chadeau-Hyam, a professor of computational epidemiology and biostatistics at Imperial College.

COVID-19 is diagnosed using PCR analysis of saliva samples collected from the nose and throat, which is used to detect genetic material from a specific organism — in this case, the coronavirus — according to the CDC.

China reportedly submitted genetic samples of the coronavirus to the World Health Organization in January, after it first emerged in Wuhan, and tests were soon developed and made available.

However, faulty tests distributed by the CDC in March of last year, and a lack of adequate testing supplies, likely meant that a number of COVID-19 cases in the United States went unidentified.

An analysis published last month by the journal Nature estimated that as many as 60% of cases have been missed in the United States alone, leading to increased spread of the virus.

For this study, Chadeau-Hyam and his colleagues obtained throat and nose swabs with valid COVID-19 PCR test results from more than 1.5 million volunteers in England age 5 and older.

The data were collected over eight testing rounds conducted between June 2020 and January 2021 and participants were asked about symptoms they experienced in the week prior to testing.

Based on their findings, England should “extend the list of symptoms used for triage to [include] all seven symptoms we identified,” researchers said.

Because England only uses the four symptoms as its basis for testing, expanding the list would “improve control of viral transmission” via earlier and more broad implementation of “isolation measures” such as quarantine, according to the researchers.

In the United States, the Centers for Disease Control and Prevention broadly recommends PCR testing anyone with COVID-19 symptoms.

Testing is also recommended for anyone has had close contact — within 6 feet for a total of 15 minutes or more over a 24-hour period — with someone who has confirmed COVID-19.