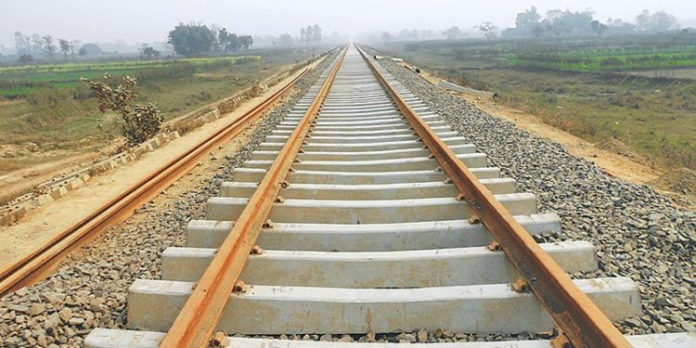 When it comes to the resuscitation of the railway system and issues impeding the realization of the dream, there is no over-flogging the subject.

Any obstacle that stands in the way of our having the system up and running once more on modern terms, should be kicked out and hard.

With so much investment made by the government in the moribund system all hands of course must be on deck to bring it back to life.

Last week the Acting Managing Director of the Ghana Railway Company Limited (GRCL) announced the resumption of the shuttle service between Accra and Tema and then Accra and Nsawam.

It is good tidings because it reinforces the commitment of government to restore the railway service in the country.

As for the dividends to be derived from a working and efficient railway system these are known. What we do not know however, is when and how the railway company plans to deal once and for all the encroachers on its land.

The Managing Director was almost whining when he complained about how quickly encroachers returned to the rail lines after they have been cleared.

From the Graphic area to Plant Pool towards Dzorwulu structures, some permanent-looking, have sprung up as if the city and railway authorities are helpless in confronting the encroachers.  The encroached spaces are being used as residential accommodation and for making babies. They are not showing signs of ever leaving the places they have taken hold of.

Perhaps they are confident that they would have people to plead on their behalf when the time is up for them to be ejected.

Suffice it to point it out that the GRC must work out an arrangement that would see it overcome the stubbornness of these encroachers and ensure that the company recovers its lost lands.

A project this big should be held up the way it is being played out.

It cannot be acceptable that a state agency will sit down indifferently as encroachers usurp lands which belong to it. The encroachers do not even regard the dangers posed by their occupation of land close to the rail lines.

What would happen when eventually the railway system springs back to life and the structures must give way? That is  when so-called human rights get busy.

We are by this commentary demanding action from the railway company to uproot all encroachers on its land.