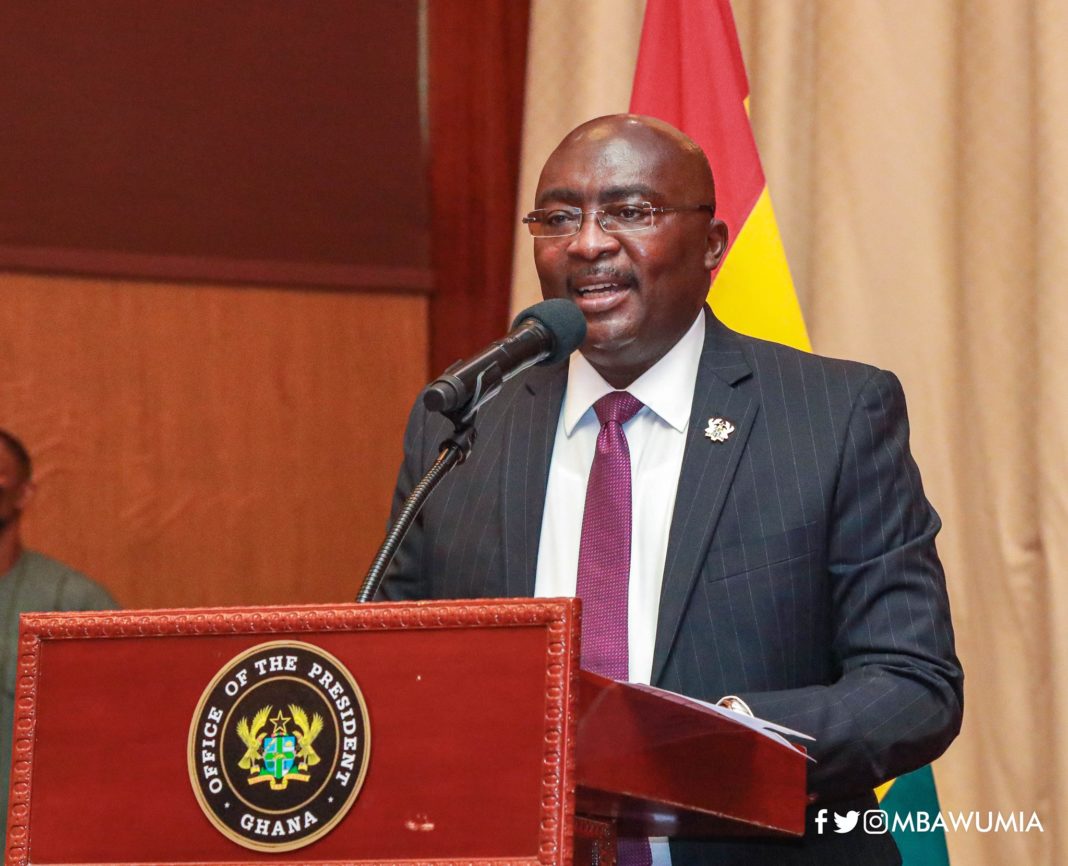 Addressing a regional seminar of the Tertiary Students Confederacy of the NPP (TESCON) on 7th August 2021, at the University of Cape Coast, Dr Bawumia intimated that the public debt of GHS334 billion in 2021 representing 78.9% debt to GDP ratio which has led to the use of 92% of tax revenue to pay interests and amortization on it alone, shows prudent borrowing and management of the economy.

It is sad that the HE Vice President has made a habit to insult our collective intelligence as Ghanaians given the least opportunity. This needless attempt to justify the astronomical and unsustainable debt levels is nauseating, to say the least.

It will be recalled that the International Monetary Fund (IMF) in its latest assessment of Ghana’s economy (2021 Article IV Consultation with Ghana) hinted that the country was nearing a debt distress status. The IMF also revealed in its April 2021 Fiscal Monitor that Ghana’s public debt stock is expected to hit 81.5% of Gross Domestic Product (GDP) by the end of this year.

According to the Fund, “the uncertainty about the cause of the pandemic and high debt vulnerabilities mean that financing needs could increase and additional official support could be needed, including from the IMF”.

The Fund also indicated that “the expected domestic market capacity to absorb new government debt may not fully materialize” due to the country’s slow progress towards fiscal adjustment. Hence, the warning from the IMF was that this could possibly push the economy into the highly debt distress category, as majority of revenue will be used to service debt, leaving only small fiscal space.

Thus, a current situation where over 90% of our domestic revenue is spent on debt servicing per 2020 and 2021 mid-year budget review statements lead to one conclusion:

That the performance of the economy under the leadership of VP Bawumia has been shameful and abysmal.

Review Statement “Mr Speaker, the provisional fiscal data for Jan-June 2021 show that Total Revenue and Grants amounted to GH¢28.3billion, equivalent to 6.5 per cent of GDP, against a programmed target of GH¢32.4billion or 7.5 per cent of GDP.

For the same period, Total Expenditure, including the clearance of arrears, amounted to GH¢50.6billion, equivalent to 11.7 per cent of GDP, against a programmed target of GH¢55.1billion or 12.7 per cent of GDP, thus indicating a budget deficit.

Among the reasons for the increase in debt stock as stated in the 2021 Mid-Year budget review was front-loading of financing to meet cash flow requirements for the first half of the year.

What this shows is that our ever-rising Public debt and its attendant high debt servicing amount (interest payments and amortization), has so deteriorated the country’s fiscal space, such that today, after we service our debts, very little revenue is left and government has to borrow for Compensation, Goods & Services and Capital Expenditure (CAPEX).

The over 90% of domestic revenue going into debt servicing puts Ghana as the country with the highest debt servicing cost globally – a situation that makes resources woefully inadequate to drive home-grown development.

The SOEs posted an aggregate net loss of ₵586.4 million for the year ended 2019 compared to a loss position of ₵188 million in 2018, representing a decline of 211.91 per cent. This reflects the decline in the public sector under this Administration despite the introduction of the Office of Senior Minister with oversight responsibility of the public sector, as well as the creation of the State Interest and Governance Authority (SIGA).

As a result, Only 14 out of the 126 SOEs submitted annual statements in 2019. Also, according to the Finance Minister, 47 SOEs have still not submitted their annual financial statements to the Finance Ministry in the past five years in flagrant contravention of the Public Financial Management Act (PFMA), despite it being unlawful to fail to submit any information required under this Act.

However, almost 8 months into the 4-year term, Prez Akufo-Addo is yet to fully constitute his Government as many CEO and Board appointments are still vacant, indicating a lack of seriousness in ensuring the achievement of a progressive, results-oriented, and highly functional public sector.

The current state of the public service under the leadership of H.E the Vice President is reinforced by the Afrobarometer SDG Scorecard which states that Ghana has moved to and become worse in reducing the payment of bribes in the public service.

According to the 2020 Afrobarometer report which matched the country’s progress in achieving the UN’s Sustainable Development Goals, the country’s performance has not improved in terms of reducing the payment of bribes to access public services.

The abysmal state of the public sector today is further confirmed by the Vice President himself during a speech at the13th Congregation of Nana Opoku-Ampomah University of Professional Studies, Accra (UPSA) which read “as you enter the public sector,” he told the graduating class, “you will see that you will be challenged by demons and principalities. The demons and principalities are all over the place and you will have to fight them and we are going to fight them and we are going to win that fight too.”

This statement clearly attests to the state of the public sector under the leadership and management of the Vice President as head of the Economic Management Team (EMT) today. Indeed, as noted by Prof. Gatsi, policy saturation, failure fatigue and frustration can make you see demons and principalities. This also describes the reason for the revenue shortfalls under this Administration.

In delivering his speech, the Vice President, Dr. Mahamudu Bawumia, further stated that the management of the cedi against other foreign currencies on the exchange front by the President Akufo-Addo led administration, has been one of the best by any government in its first term, since 1992.

According to him, the performance of the cedi in 2020 and 2021 has been handled superbly by the Economic Management Team.

The Finance Minister re-echoed the sentiments of the Vice President in paragraph 20 of the 2021 mid-year budget review “The cedi has been relatively stable in the past four years and maintained its stability even in this pandemic year. For the first time in the Fourth Republic, the exchange rate did not see a spike after an election year. Cumulatively, from the beginning of the year to date, the exchange rate has depreciated by 0.6% against the US dollar, but it has appreciated by 3.6% against the Euro.”

The above statements from the Vice President and Finance Minister reflect a celebration of mediocrity and provide great in-depth on why the economy is experiencing current challenges. According to Databank Research, the Ghana cedi will end this year at GH¢6.18 to the dollar.

With four months left to the end of the year, this will represent a depreciation of 94.46 per cent compared to a cedi depreciation of GH¢3.25 as against the dollar in 2016. Is this the stellar economic performance the Vice President is referring to?

In conclusion, prices of goods and services on the market have also increased continuously. This is despite the introduction of the Planting for Food and Jobs Program and an inflation claim of 7.8 per cent as at June 2021.

The current hardship and plight of Ghanaians simply do not support the rhetoric and narrative that is churned out by the President, Vice President and Finance Ministers on daily basis.

As accurately stated by Prof. Gatsi, the Vice President must duly observe and abide by his Oath of Office as well as Article 36 of the 1992 Constitution of Ghana, which sets out the economic objectives of any Administration.

“The State shall take all necessary action to ensure that the national economy is managed in such a manner as to maximize the rate of economic development and to secure the maximum welfare, freedom and happiness of every person in Ghana and to provide adequate means of livelihood and suitable employment and public assistance to the needy”.

The writer, Francis-Xavier Sosu, is an economic policy analyst, private legal practitioner, human rights activist, Member of Parliament for Madina Constituency, Member of the Appointments Committee, and Deputy Ranking Member of the Constitutional, Legal and Parliamentary Affairs Committee of Parliament, with background expertise in Economics, Conflict, Security and Peace studies.

The writer can be contacted via: [email protected]  www.madinamp.com