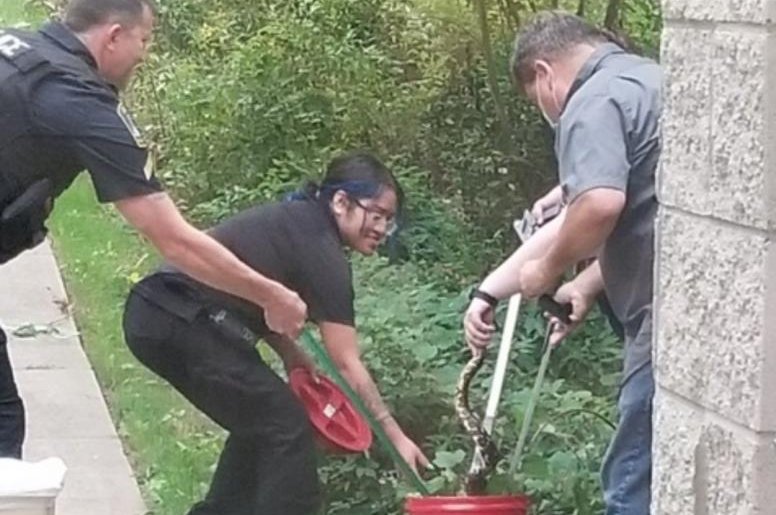 The snake was turned over to an exotic pet rescue organization.

The city of Greenbelt posted photos of the encounter on Twitter, relating it to an earlier incident in Upper Marlboro, where a several zebras escaped and a local farm.

“@TownUMarlboro, we see your loose zebras and raise you a python!” the Tweet said. “But seriously, thank you to Animal Control, Public Works, and the Greenbelt Police Department (all pictured) for keeping Greenbelt safe!”