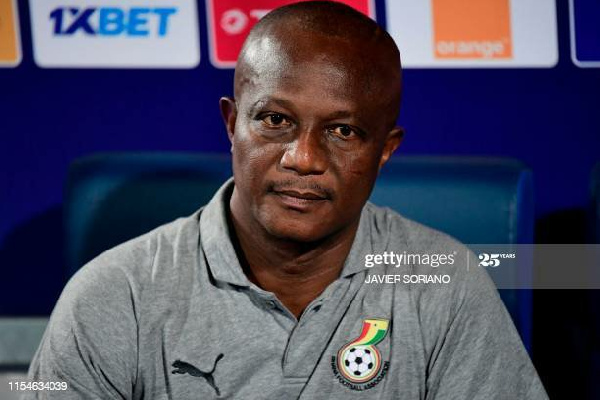 Asante Kotoko legend Kwesi Appiah has thrown his weight behind Dr Prosper Narteh Ogum to succeed at the club after being appointed as the new head coach.

The former WAFA manager was appointed to replace Portuguese trainer Mariano Barreto who parted ways with the club after a short stint.

The University of Cape Coast lecturer was announced by the club on Sunday to officially begin duties ahead of the upcoming campaign next month.

Kwesi Appiah in an interview with Cape Coast-based radio station ATL FM says the lecturer as what it takes to succeed at the club.

“He is very intelligent, humble, hardworking and competent on the job so I strongly believe he can help the club back to it glorious days” he said.

“a lecturer who has practiced what he teaches and believes in good football is all that Kotoko needed and I know he can make the club flourish”.

The former Black Stars coach has urged management and the fans to be patient with the Coach as he builds a formidable team to compete for laurels.

Dr Prosper Narteh was introduced to the playing squad on Monday as the club officially begun its preseason.