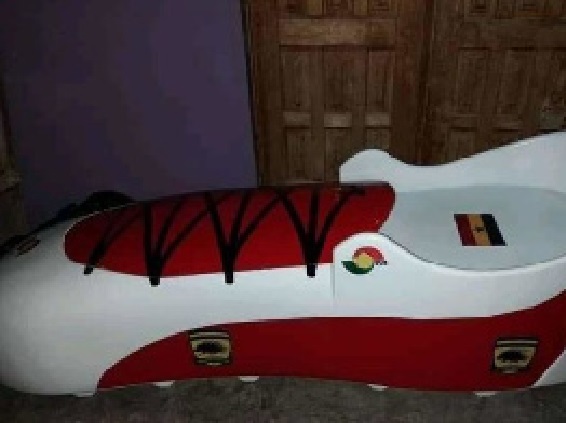 Former  Kotoko captain and left back, Godfred Yeboah, widely known as TV3, was laid to rest on Saturday in a dignified manner.

The ex Ghana defender died last August after battling a long ailment and later died at the Sunyani Regional Hospital.

He joined the ancestral world in a boot-shaped casket.

- Advertisement -
Share
Facebook
Twitter
Pinterest
WhatsApp
Previous articleHow To Manage Multiple Businesses
Next articleEven if they tell you are the one who killed Kwame Nkrumah, I still love you’- Afia Schwa pens lovely message to Tracey Boakye » ™
- Advertisement -

As Evangelical Presbyterians, we say no to LGBTQ+