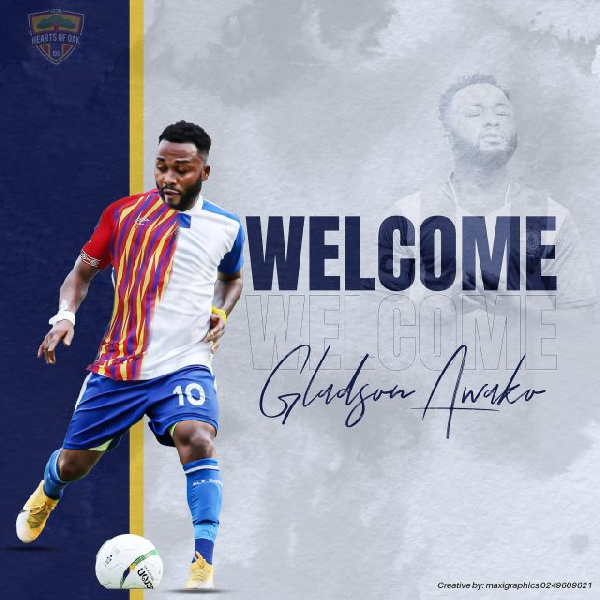 Accra Hearts of Oak coach, Samuel Boadu, has reacted to news circulating in the media space that midfielder Gladson Awako has quit the club.

Gladson Awako, who joined Accra Hearts of Oak from rivals Great Olympics, has also not attended the team’s training for close to two weeks according to reports and did not partake in Hearts’ CAF Champions League clash with Guinean side CI Kamsar on Sunday, September 19, 2021.

The reports further indicated that Awako has reportedly informed the club’s hierarchy of his decision to quit the club and return their money given him after penning a two-year deal with the club from rivals Accra Great Olympics.

But reacting to these rumours after Hearts of Oak’s 2-0 win over CL Kamsar, Samuel Boadu denied the reports saying that Gladson Awako has put in a transfer request barely a month after joining them.

He stated that the player only requested days off because of some medical conditions.

“Awako isn’t part of the team for some time now due to sickness, he has sought permission to go for treatment, and going forward, we’re hoping to see him back to the team soon in the upcoming games.”

“As a technical man, I don’t know where that news is coming from that Awako has quit Accra Hearts of Oak,” he told Happy FM in an interview.