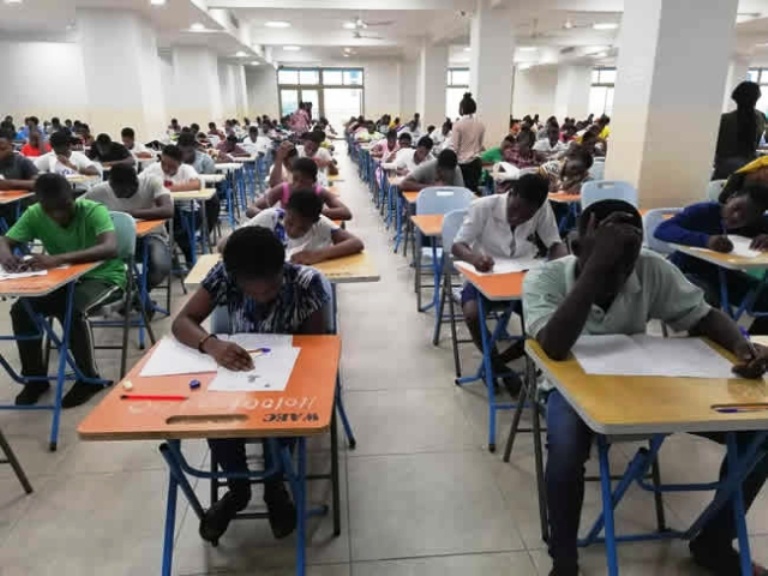 Two teachers at the Ahamanso Islamic Senior High School have been arrested by the Kadjebi District Police for attempting to leak Monday’s English Language Paper Two.

Musah Mohammed is a Mathematics teacher scheduled for invigilation at the centre on Monday but mentioned Felix Ocloo, aged 32, an English Language teacher as an accomplice who asked him to take the pictures.

The two were arrested and put before the Kadjebi District Magistrates Court on Wednesday where Musah Mohammed pleaded guilty to the offence and was sentenced to 65 penalty units or in default, serve three months in prison in hard labour.

The accomplice, Felix Ocloo, pleaded not guilty to the charge. He is scheduled to reappear on the 11th of October 2021 for his case to be heard.

Meanwhile, the West African Examination Council (WAEC) says it has rescheduled Physics 2 and 1 and Business Management 2 and 1 papers in the ongoing West African Senior Secondary Certificate Examination (WASSCE) for candidates.

“A new date for the scheduled papers will be communicated in due course,” Mr George Ohene-Mantey, Head of Test Administration Division, WAEC, said at a press conference in Accra on Wednesday.

Although the Council did not assign reasons for the rescheduling of the papers, Mr Ohene-Mantey said after the administration of the test and careful scrutiny of the several versions received, indications were that “extract of part of the questions for Mathematics (Elective) 2 and Section ‘A’ English Language 2 were circulated on some social media platforms.”

He said, “the cheating social media groups were in full swing prior to the conduct of the Mathematics (Elective) and English Language Papers on September 9th and 13, this year respectively.”