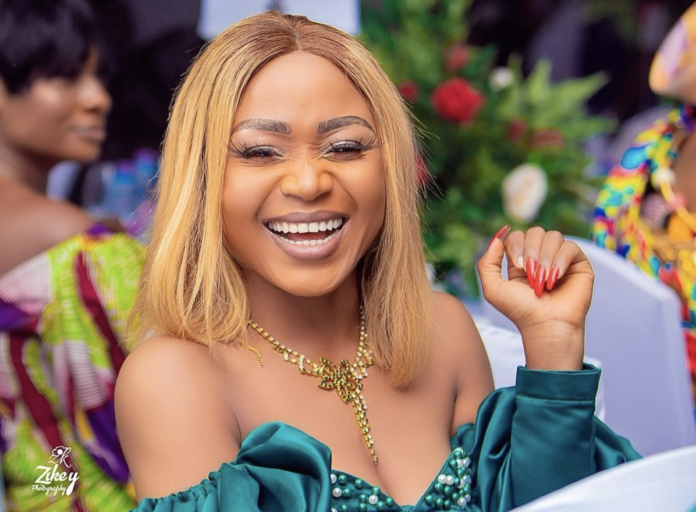 She made this known in a recent post she made on her verified social media handle on the popular social media platform, Instagram.

Sharing some photos of herself, she wrote;

Days ago, Akuapem Poloo compared the brand of the two big artists in the country.

Akuapem Poloo has clung tightly to the rapper Sarkodie after he mentioned her name in one of his tracks on his “No pressure” album. Akuapem Poloo since then has tagged herself as the most favorite and loyal fan of the rapper.

Speaking in an interview with popular blogger ZionFelix, she disclosed that she was overjoyed after she heard her name in one of Sarkodie’s songs. She expressed joy and also stated that for Sarkodie to use someone’s name in one of his tracks is an honor.

The actress further explains why she gave such an answer. She said that Shatta Wale is the crazy and playful type like she is. She also stated that if Shatta Wale had mentioned her name in any of his songs, he would see it as normal, unlike Sarkodie.