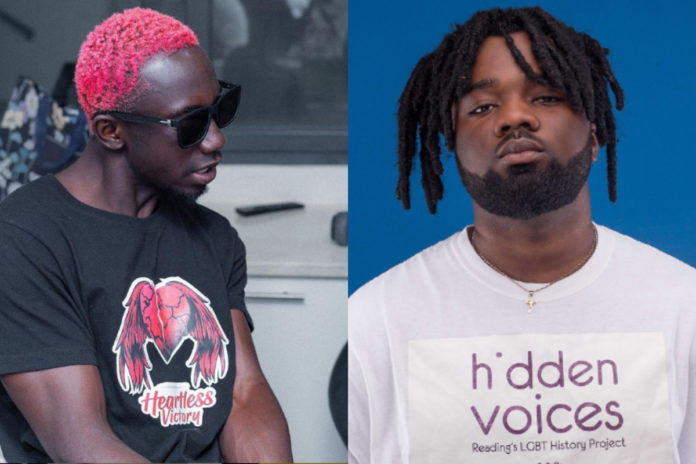 Musician, Michael Takyi-Frimpong, affectionately known as Lord Paper has revealed that the manager of Bosom P-Yung has explained that the latter is under depression, thus his recent attacks.

READ ALSO: ‘There’s Too Much Fake Love In The Industry’ – King Promise Opens Up

Recall, news broke that the two were involved in a serious fight at Kikibees. This was after Bosom P-Yung registered his frustration on social media on why Lord Paper had to take his verse off his sons without his knowledge.

What looked like a social media banter escalated to the next level after Bosom P-Yung and his guys stormed Kikibees to confront Lord Paper who snubbed him and recruited Mr. Drew on the said song.

Speaking in an interview on Okay FM with Abeiku Santana, Lord Paper revealed that after the scuffle, Bosom’s management explained to him that the singer is currently under depression for some reasons he is yet to find out.

He claims that the manager said that Bosom’s productivity has been very low and has lost bars so that might probably be one of the reasons why he has been depressed lately.

Meanwhile, the Ghana Police Service has rendered a sincere apology to the journalists who were allegedly beaten up by the supposed bodyguards of Owusu Bempah during his trial at the Accra High Court.

Per reports, journalists were denied access to the courtroom to cover the proceedings. When other journalists from various media outlets and blogs attempted to cover the court session, the pastor’s agents and bodyguards mistreated them, according to the reporter.