Mr. Drew Opens Up On His Relationship With S3fa, Says He Admires Her A Lot 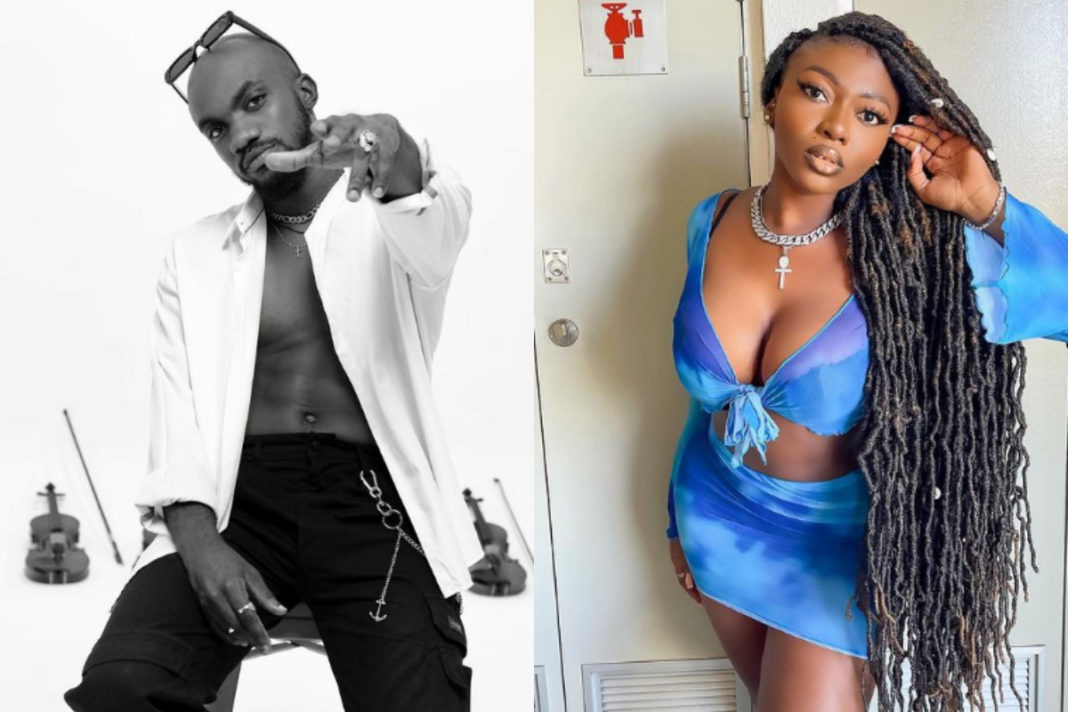 Ghanaian singer, Mr. Drew has refuted claims made on social media that he is in an intimate secret relationship with the Black Avenue Muzik signee, S3fa.

READ ALSO: “No One Should Call Me For My Verse On Their Songs”-Bosom P-Yung Fumes After Lord Paper Snubbed Him For Mr. Drew [Video]

Recall, the two were caught in the same hotel room in London doing what most people will term as ‘adult stuff’. The video that surfaced on social media captured the two jamming to their recent collabo song “E choke”.

The video has since sparked mixed reactions on the digital platform with allegations being made that the singers are involved in a secret intimate relationship they refuse to make known to the public.

Reacting to these allegations, Mr. Drew on the Daybreak Hitz show with Andy Dosty on Hitz FM debunked these claims by saying there is nothing more than friendship between him and S3fa.

However, he revealed that they admire each other musically and support each other’s craft on social media but there is absolutely nothing going on between them other than friendship.

In other news, Ghanaian rapper, Kwame Yogot has been slammed by a social media user following his recent performance at the United on United TV.

Kwame Yogot gave an outstanding performance on the show. His rap lines were accompanied by some comic style which verified him as the ‘Rap Comedian’ he calls himself.

The rapper has been trending on the microblogging platform, Twitter for his electrifying performance but a fan decided to throw shades at him amind the reactions on social media.