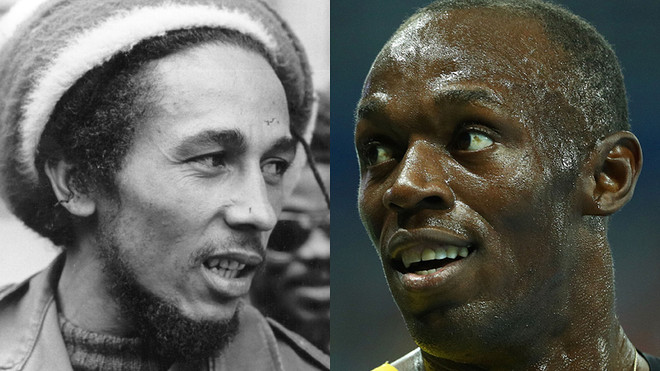 The 14-track set knocked Bob Marley and The Wailers’ Legend off the top spot.

Bolt was overjoyed with the project’s early success, which was released last Friday.

“Any association with the legendary Bob Marley is a huge blessing for us. It’s truly humbling for us,” Bolt told the Jamaica Observer.

Country Yutes is a single from the A-Team Lifestyle Records/United Masters label. Say Less (with Ricardo “Bibi” Gardner and Kamal), Need Your Love (with Jae XO), and the chart-topping It’s a Party are among the collaborations (featuring NJ).

Bolt and Walker have known each other since they were children in Sherwood Content, Trelawny.

Bolt elaborated on the meaning of the album’s title.

“I am from the rural area of Jamaica, which most people refer to as ‘country.’ We’d always just owned that name and felt compelled to represent it. So it was the ideal title for us,” Bolt explained.

Bolt previously released three rhythm projects, Olympe Rose, Immortal, and Clockwork, prior to the release of Country Yutes. He is overjoyed with the response to Country Yutes.

“The project has received a fantastic response. We are humbled by the fans’ response because we worked very hard in studying the craft and just felt we would show our progress in music by releasing this album,” Bolt said.

He described the creative process that went into making the Country Yutes.

“We wanted to make music that people could relate to. We investigated all subgenres of dancehall/reggae music in order to give fans a taste of what they enjoy.”

Bolt went on to say, “We appreciate all of the fans’ support so far.” Whether they buy or stream it, as long as they listen to the project, we win.”

When asked how he intends to balance his business ventures with his musical endeavours, Bolt stated, “We are excited about all of our different ventures.” It’s no secret to the rest of the world that I’m never satisfied with just one thing, and I’m always looking for new opportunities. As I always say, I don’t believe in limiting anything.”