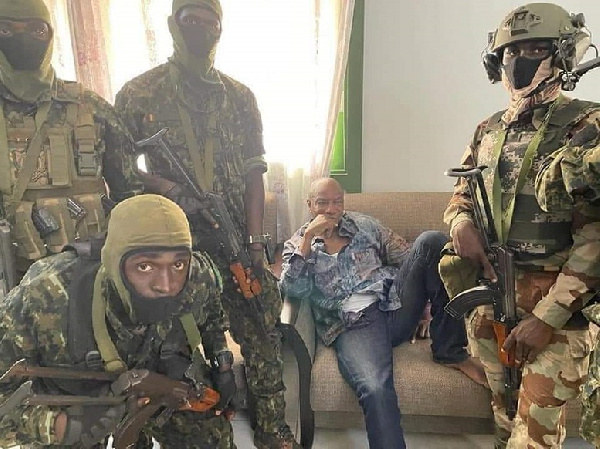 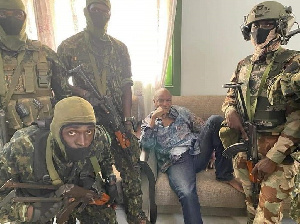 Guinea’s President, Alpha Conde was reported have been captured over the weekend

• The latest is from Guinea with an alleged capture of its President, Alpha Conde

While many will argue that Africa’s democracy has in some cases been plagued with some form instability, other parts of the sub-region have rather benefitted from political stability.

According to a BBC report, Africa has in the last four decades, spanning the period between 1960 and 2000, remained consistent in the number of coup attempts that have hit parts of the continent.

On the average, some African countries experience around four coup attempts per year. The figure has however dwindled to around two from the last two decades to 2019.

Most recently, Niger and Mali and now Guinea have been hit by coup attempts.

GhanaWeb in this piece has compiled a list of some African countries that suffered these setbacks through coup attempts within the past year and this year:

The Niger coup that lasted for 15 minutes

Back on March 30 2021, the Northern West African nation of Niger suffered a coup attempt just a few hours to the inauguration ceremony of then president-elect Mohamed Bazoum.

Bazoum was due to be sworn as the next Niger leader after an election victory was disputed by his opponent Mahamane Ousmane with former president Mahamadou Issoufou leaving the reigns after serving two five-year terms.

But how long did the coup attempt last? 15 to 20 minutes according to an AFP report.

The incident was said to have occurred when a military unit from a nearby airbase tried to seize control of the Presidential palace in the country’s capital of Niamey in the late hours of the night.

“It was around 3am, we heard shots from heavy and light weapons and it lasted 15 minutes before stopping, followed by shots from light weapons,” a resident of Niamey’s Plateau district, which includes the president’s official residence and offices told AFP.

But security forces at the palace pushed back against the assailants and restored power back in the country.

Government spokesman Abdourahamane Zakaria in a statement said, “On the night of March 30-31, an attempted coup was thwarted”.

The Niger government condemning the act, described it as a “cowardly and regressive act which sought to threaten democracy and the state of law”.

Mahamane Ousmane was subsequently sworn into office as Niger’s President.

Back in August 2020, elements from the Malian military took siege of the Soundiata military base in the town of Kati in Mali.

The group were said to have made their way into the armory of the base and detained senior officers of the force and subsequently headed into the country’s capital of Bamako and detained the country’s President, Ibrahim Keita including other government officials.

Ibrahim Keita was then forced to resign as president and dissolved the government over corruption-related concerns and mismanagement of the economy.

Prior to that, Malians took to the streets on June 5, 2020 in protest of Keita’s administration and called for his resignation.

The August coup in Mali, unfortunately, resulted in eleven deaths and over a hundred persons sustaining injuries. Mali has so far suffered two coup attempts in a year.

Most recently on Sunday, September 5 2021, the nation of Guinea was hit with a coup.

A group of men allegedly from the Guinea Special Forces claimed to have seized power from Guinea’s President Alpha Conde.

Despite a conflicting report by the country’s defense ministry stating they had fought back the uninformed men, a video of a captured Alpha Conde was shared across social media.

The men in the shared video were captured stating they had dissolved the country’s institutions and taken over the reins of power.

One of the ununiformed men in the video said, “We have decided, after having taken the president, who is currently with us (…) to dissolve the current constitution, to dissolve the institutions; we have also decided to dissolve the government and the closure of land and air borders”.

Images of the captured President were also shared across social media with Conde seen in jeans and a shirt on a sofa looking rather dejected.

Conde was first elected as Guinea’s President back in 2010 and was re-elected in 2015 for what was supposed to be his last term in an election which his opponents claimed was characterized by fraud and rigging.

Having served for almost two terms, Conde in 2020 tilted the arms of power which saw him set aside Guinea’s presidential term limit.

Alpha Conde was subsequently re-elected to serve a third term which culminated in widespread protests and discontent in Guinea.