The factory, under the One District, One Factory initiative has the capacity to produce eight tons of rubber in a day, translating into 625 tons a month.
The Rubber factory, christened “Narubiz Limited”, was incorporated under company Act 179 as amended on November 2018 to process the raw rubber for international market.
President Akufo Addo, inspecting the project, said it was good to occasionally visit the Regions to support local economic development initiative such as the factory and monitor progress of work on the 1D1F programmes.
“Every year, I set out for myself plans to visit the Regions and know what is happening on the ground, monitor programmes and projects and also share ideas.”
The Commissioning of the Factory formed part of the President’s two-day working visit to the Western Region. 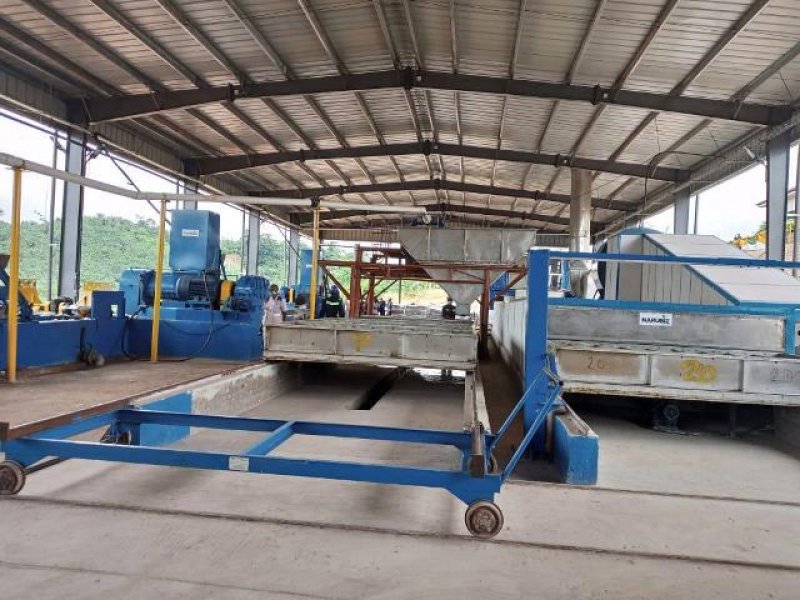 The Director of Operations at Narubiz Limited, Captain James Owusu- Koranteng, said the construction of the factory began on February 10, 2020 and was to be completed within six months.
However, he said, due to the COVID-19 pandemic, the project was completed in July 2021.
Currently, Captain Owusu-Koranteng said the company offered direct employment for 85 persons (65 males, 20 females) and indirectly linked to 1,260 people, including latex harvesters, farm maintenance workers and transporters within the 25 communities.
He said natural rubber had been classified by the European Union (EU) as a critical material, indicating that “rubber is an essential raw material that will always be in demand.”
He projected that the rubber markets were expected to grow at USD33.82 billion by 2022 at a Compound Annual Growth Rate (CAGR) of 4.6 per cent between 2017 and 2022.
The NARUBIZ limited has signed an off-taker agreement with Sai Commodities (commodity trader with head office in the UK) and would be exporting the processed rubber to Turkey, Europe, Malaysia and China.
The company hoped to become a market leader in the processing of technically-specified rubber within the next ten years, he added.
“We hope to do five tonnes per hour in the next two years…Our processing capacity would be increased…. the company would be integrated to manufacture fan belts and rubber bushings for the automobile industry in Ghana.”