Having a ball at World Testicle Cooking competition 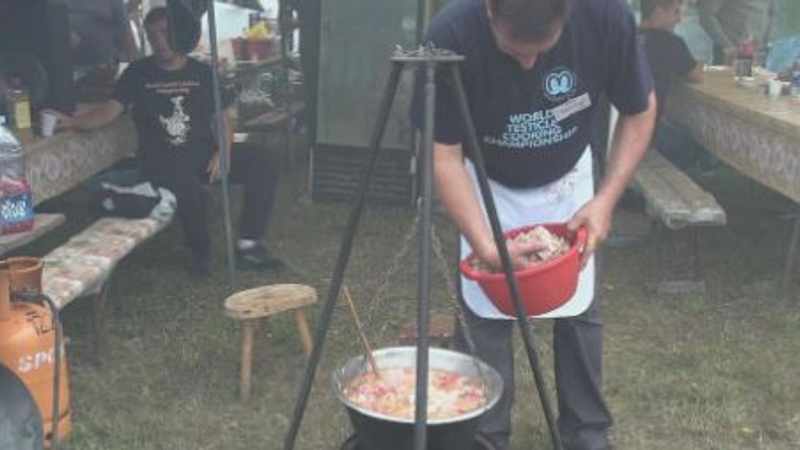 The Swiss have cheese and the Scots scotch, but the Serbians have ’’balls’’ and tennis star Novak Djokovic, of course.

In the Serbian village of Lunjevica, chefs cooked up delicacies to make your mouth water or your stomach churn on Saturday, watched by a niche following of curious spectators.

Dozens of chefs from Serbia, Germany, Austria and abroad gathered in the small village to take part in the World Testicle Cooking Competition, known locally as “Mudriajda”.

The organisers described the event as such: ’’If you happen to be in Serbia during the summertime, you’re in luck – you can eat testicles. That is, if you have the balls.

’’During the last weekend of August, Serbia holds the World Testicle Cooking Championship – aka the Balls Cup – where people gather to compete in a battle like no other.

’’Winners of the testicle cooking contest prepare a feast at the end of the fest and everyone eats and enjoys the evening, with the sounds of live music filling in the air.’’

Drinking cold beer and “rakija’’, a home-made fruit brandy, chefs and their helpers spiced gonads stewing in cauldrons. On the menu is bull, boar, camel, ostrich, pig and even kangaroo testicles, with judges tasting the myriad goulash recipes.

The festival includes dishes such as testicle pizza and testicles in bechamel sauce flavoured with a variety of herbs found in the region. Some believe ’’the bulls’ testicles are the best, goulash-style’’.

It is known to be ’’all about fun, food and bravery’’, for a delicacy politely called “white kidneys’’ in Serbian, which is believed to be rich in testosterone.

In the Balkans, it is considered to help men’s libido, with the festival organisers saying a ’’long time ago in the French castles it was a favoured food because it was an aphrodisiac, really… but now we have forgotten this kind of food’’.

The festival also gives prizes to those who have made the news for being ’’ballsy’’.

The colourful competition was founded in 2004 as a fun way for Serbia to grab headlines and to help bolster the image of the war-torn former Yugoslavia.

Englishman Peter Atkinson told a news website it was a ’’very social occasion’’ that gathers together families and groups of people that cook together.