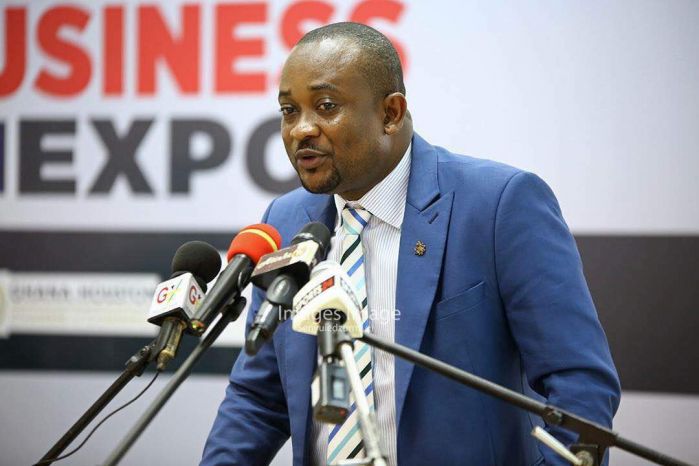 Former Deputy Minister for Information in the first term administration of President Akufo-Addo, Pius Enam Hadzide, has been appointed by the President to serve as the Chief Executive Officer of the National Youth Authority (NYA).

Pius Hadzide’s appointment is pursuant to Section 11(1) of the National Youth Authority Act, 2016 (Act 939). He will replace the former CEO of the Authority, Mr. Sylvester Matthew Tetteh, who is currently serving as a legislator in the 8th Parliament of the Republic, representing the Bortianor-Ngleshie Amanfro Constituency, in the Greater Accra Region.

Mr. Hadzide is expected to bring his extensive experience and expertise as a youth worker and mobilizer and as Deputy Minister for two portfolios, Youth and Sports and Information, to bear in the repositioning and effective management of that organization.

The NYA has as its vision “to be a Statutory Institution of Reference in Youth Development Service” through its mission to provide an environment for youth participation in the cultural-socio-economic and political development using appropriate technology and highly-motivated professionals.

The newly appointed CEO of the NYA together with his two deputies and the rest of the NYA management team is expected to “advocate, facilitate and ensure the mainstream of youth development issues into national development frameworks, plans and programmes in all sectors, garner relevant stakeholder interest and commitment to provide the youth with opportunities for skills training, employment, and market information and design appropriate collaboration and partnerships to strengthen the link between education and diversified productivity labour markets.

Hadzide and his team are also expected to “coordinate the promotion of youth participation and acquisition of universal ethics in electoral democracy and governance as well as partner and collaborate in reduction of violence and crime among young people.

The National Youth Authority (NYA) was established in 1974 by NRDC 241. It is thus, a Statutory Public Organization with the mandate to coordinate and facilitates youth empowerment activities in Ghana to ensure the development of the Ghanaian youth as a whole.

With the inception of constitutional rule in 1992, the Commission status reverted to the “Council” once more. In consequence of a statute law revision exercise under the laws of Ghana (Revised Edition) Act, 1998 (Act 562), the nomenclature of the Authority was changed to the current, “National Youth Authority”.

Hon. Pius Enam Hadzide was born on June 14,1979. He attended Bishop Herman College for his WASSCE certificate. After that, he attended the Accra Technical University, then Accra Polytechnic, and later the University of Cape Coast.

Pius Enam Hadzide is also an alumnus of the Theodore Huess Academy of Leadership in Gummer’s beach, Germany. He is currently studying for his LLB at the University of London.

He worked with the President’s Special Initiative on Distance learning (PSI-DL) as subject coordinator for science before moving on as Business Development Manager for the advertising and Media Buying giant, Akroma Ltd. Pius also worked as General Manager for Ideas Advertising Ltd before venturing into politics and public service.

In 2012, Pius Enam Hadzide was the New Patriotic Party Parliamentary Candidate for the Ketu North constituency of the Volta Region.

He served briefly as a Deputy Director of Communications of the New Patriotic Party before being appointed in 2015 as Campaign Aide to then flagbearer and now President, H.E. Nana Addo Dankwa Akufo-Addo.