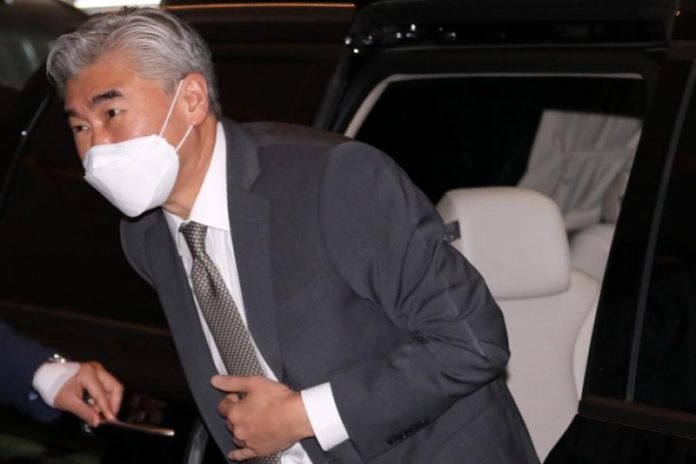 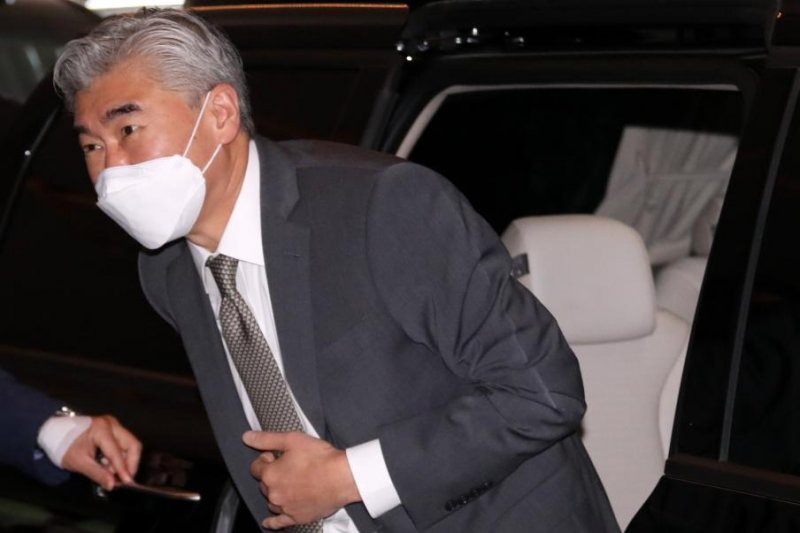 SEOUL, Aug. 23 (UPI) — Washington’s point man for nuclear negotiations met with his South Korean counterpart in Seoul on Monday, saying he was looking to engage with North Korea’s representatives while raising the possibility of humanitarian assistance to the North.

“I continue to stand ready to meet with my North Korean counterparts anywhere, at any time,” U.S. special representative Sung Kim told reporters on Monday ahead of his meeting with South Korea’s Noh Kyu-duk.

“This is an important moment on the Korean Peninsula,” Kim said. “I think my visit here is another indication of Washington’s determination to maintain the closest possible cooperation with the Republic of Korean government on all issues related to North Korea.”

The Republic of Korea is the official name of South Korea.

Kim’s visit comes amid joint military exercises being held by U.S. and South Korean troops, which North Korea has denounced as preparation for an invasion and warned may precipitate a “security crisis” on the Korean Peninsula.

The U.S. envoy stressed that the exercises, which began last Monday and are scheduled to run nine days, are “longstanding, routine and purely defensive in nature.”

The representatives said they talked about providing aid to North Korea, which is suffering economic difficulties from a prolonged border closure due to COVID-19. The country is also facing serious food shortages due to severe weather that has damaged crops over the past two summers.

“We discussed possible humanitarian assistance to the DPRK,” Kim told reporters after the meeting, according to news agency Yonhap. “I reaffirmed U.S. support for inter-Korean dialogue and engagement, as stipulated by the joint statement between our two leaders in May, and will continue to lend our support to inter-Korean humanitarian cooperation projects.”

North Korea maintains that it has had no COVID-19 cases, although many outside experts have questioned that claim. The World Health Organization said last week that it would supply 3 million doses of Chinese-made vaccines to North Korea through the COVAX vaccine-sharing facility.

Washington’s nuclear negotiations with Pyongyang have been at a standstill since a February 2019 summit between Kim Jong Un and then-U.S. President Donald Trump failed to produce an agreement.

The Biden administration has signaled a willingness to engage diplomatically with North Korea, taking what it characterizes as a “calibrated and practical approach.”