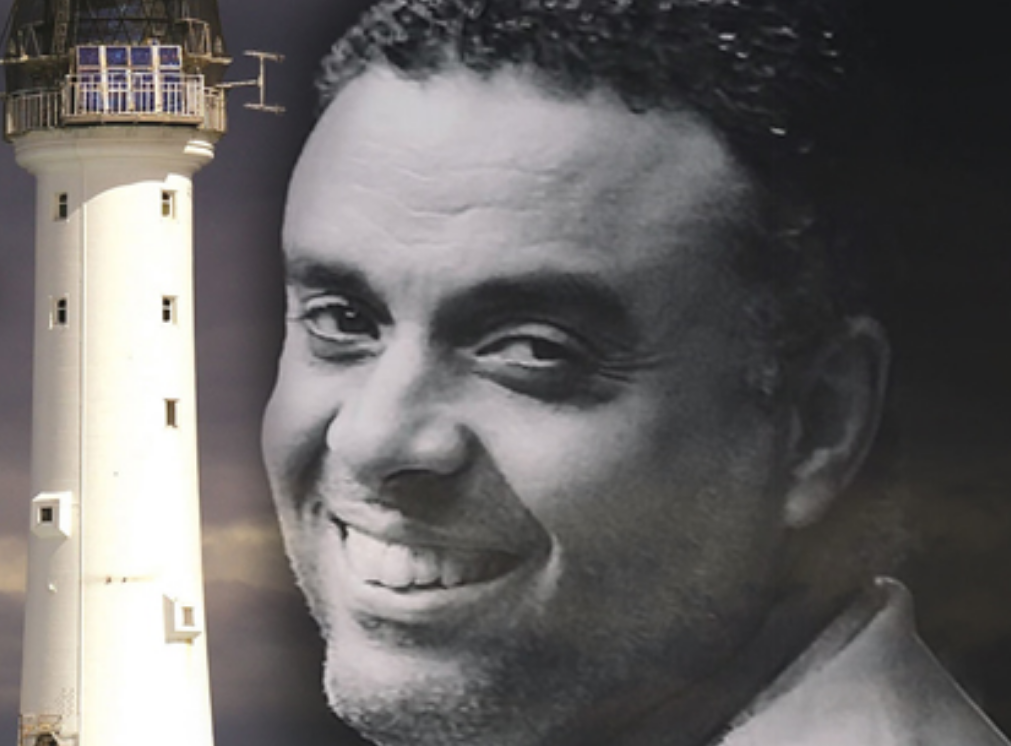 Details are emerging as to how the six former pastors of Lighthouse Chapel International (LCI) allegedly demanded a whopping $12 Million as a settlement from the church.

On 3rd August 2021, which was the last adjourned date of the trial, the presiding Judge – Justice Frank Aboagye Rockson repeated an earlier suggestion he had made to the parties to settle the matter amicably.

Counsel for LCI, Rodney Heward-Mills then dropped the bombshell which left the court in shock. He revealed that some eminent clergymen had earlier approached both parties to settle the matter out of court and that during the settlement talks the ex-pastors demanded a whopping sum of $12 Million USD as settlement from the church and took an entrenched position on their demand. He continued that the senior clergymen found the demand so outrageous that they abandoned any hope of settling the matter.

Counsel for the ex-pastors, Kofi Bentil initially stood up to deny that his clients made such a demand but later added that even if they did demand the $12 Million USD it did not matter.

Reliefs Sought By the plaintiffs

The plaintiffs are seeking the following reliefs against the church:
a. An order compelling LCI to pay their unpaid SSNIT contributions.

b. b. An order to compute and pay balance of salary due them.

c. Compensation to cover: some investments plaintiffs made in schools and churches of the LCI, for rental of cars while in the service of LCI and for monies they spent on accommodation while in the employment of LCI.

d. General damages for: breach of contract and the pain, unfair termination of contract, suffering caused as a result of bad treatment of plaintiffs during the period of their employment and loss of income by their spouses during transfers.

LCI has vehemently denied all the allegations and mounted their defense to the suit.

According to the LCI, it operates a very extensive lay system. By this system, the church has thousands of volunteers who help the church work while they maintain their secular engagements, either as workers or students. The lay system has been in operation since the church was founded in 1988 and has continued till date. Over 86% of LCI pastors are volunteer pastors.

The church’s policy and practice, which are well known to the volunteers, is that the church owes no financial obligation to volunteers by way of payment of salaries, social security contributions, taxes or any form of emolument.

Volunteer pastors who are going on missions willingly sign a Missionary Consent Form with their parent/guardian, who also consent in writing to the decision by the volunteer to do missionary work. A portion of the form reads, “ l,……….(NAME)… freely and willingly volunteer for missionary work with the Lighthouse Missionary Society. I fully understand that based on my acceptance I am ready and willing to migrate and settle in a different country with or without my family as my choice may be. I also fully comprehend that I must find a job and become financially self-sustaining.”

LCI-Ghana is Separate and Independent

LCI-Ghana is a legally, financially, administratively and governmentally independent organization from other LCI churches outside the borders of Ghana and only shares a spiritual relationship with the others. LCI churches worldwide share a common vision of propagating the gospel worldwide and training leaders and pastors to take the gospel to the four corners of the world.

This further means that a pastor who leaves the country to a different country is considered not to be in employment of LCI Ghana. By this, that pastor (if employed by the church) is paid by the LCI of the country he moves to and not LCI Ghana.

Bishop Larry claims he was employed by LCI-Ghana from 2001 to 2020. LCI-Ghana denies this and says the church employed him from July 2005 to June 2010 . LCI employed him again from January 2020 till April 2020 when he resigned without due notice to the church. According to LCI-Ghana the church paid his SSNIT contributions in full during this period.

LCI says that Bishop Larry Odonkor was a volunteer pastor from 2001to 2005 and he signed the missionary acceptance form with the written consent of his mother Cecilia Mensah on 21st August 2001. From September 2010 to May 2018, Bishop Odonkor was employed by LCI South Africa. Again from June 2018 to December 2019 he was employed by LCI Madagascar. All his salaries and allowances were paid by LCI-South Africa and LCI-Madagascar during this period.

Again, the church argued that it provided free accommodation for the Bishop Mensah throughout the 16 years of employment contrary to his claim that he was most often deprived of the basic logistics required for their work such as a car and accommodation to facilitate his work.

One of the most mind-boggling averments in Bishop Oko’s statement of claim is in
paragraph 21 in which he avers that “his frequent and abrupt transfers led to the loss of employment by his spouse because of the policy of the Defendant church that he was to relocate to his new places of transfer with his spouse, and this was the case because Plaintiff’s spouse could not speak the French language”

LCI responded that the only wife of Plaintiff known to LCI is Emmanuella Mensah and she refused to move to either Benin or Burkina Faso with him or join him there. She remained in Ghana and continued in her employment with SSNIT throughout the time the Plaintiff was in Benin and Burkina Faso. It is therefore a palpable lie for Oko Mensah to say his wife followed him to Burkina Faso and Benin and therefore lost her job; unless Oko Mensah is talking about another wife he had that went with him on the mission. In that case, LCI says it owes him no liability in respect of her since he did not disclose that woman to LCI.

The LCI said, contrary to the claim that the Plaintiff worked for the Church and the church failed to pay his SSNIT contributions from 2005 to July 2008, it paid SSNIT contributions from August 2008, when he was employed to March 2017, since between the periods of 2005 to July 2008, he (Mr Laryea) was a volunteer pastor and he signed the missionary acceptance form in July 2005 with the consent of his guardian.

He was a volunteer pastor from 2008 to 2018, till he abandoned post as a volunteer pastor without due notice in 2018. He was never an employee of LCI. He also, with the written consent of his biological father called Joseph Anti Duncan, signed the Missionary Consent form on 21st November 2008. While pastoring in Paga, he was running a school in Paga to earn a living.

Pastor Faith Fiakojo, was a lay (volunteer) pastor in Fumbisi in the Upper East Region under LCI Ghana from November 2013 to December 2019, when he abandoned his post as a volunteer pastor without notice. He was not an employee according to the church’s records. He also, with the written consent of his biological father, Mr Prosper Fiakojo, signed the Missionary Consent form on 11th November 2013.

Allegations by Pastors Fiakojo, Duncan, and Rev Edward, that they used their own monies to build LCI churches was vehemently denied by the LCI, which contended that it built those churches without their direct or indirect financial involvement.

Counterclaims by LCI Against the Plaintiffs

LCI has counterclaimed against the former pastors as follows:

1. Against all 6 Plaintiffs for damages for defamation for publishing 3 Articles against the LCI each titled “Darkness In A Lighthouse”

I. That he stole monies he should have used to pay his own SSNIT contributions and taxes. That LCI upon discovering this after he resigned paid the SSNIT contribution and taxes with penalties thereon. LCI is counterclaiming for the stolen monies and has also reported the matter to the police for investigation. Bishop Larry is to report to the CID headquarters for interrogations on Friday 20th August 2021.

II. LCI further claims that while Bishop Larry was in Madagascar, he illegally sold a Toyota Land Cruiser which was an official vehicle belonging to LCI-Madagascar and that LCI Madagascar has given LCI-Ghana a power of attorney to recover the proceeds of the sale from him.

LCI Madagascar has also reported him to the police in Madagascar and we are reliably informed that Madagascar police is advanced in its investigations.

I. For the recovery of possession of the official vehicle i.e. Hyundai Elantra that he refused to return to LCI-Ghana upon his resignation. LCI says it has reported the matter to the CID for investigations and he was compelled to return the car to the CID headquarters.

Bishop Oko was, on Monday 16th August 2021 charged with stealing the car and will soon be arraigned before the court to be prosecuted.

II. LCI-Burkina Faso claims that while he was heading the LCI-Burkina Faso between 2018 and 2019, he misappropriated to himself the sum of $57,403.21 and that LCI – Burkina Faso has given LCI-Ghana a power of attorney to recover the sum from him.

I. LCI claims he illegally took over the LCI church building in Fumbisi after he resigned and the church has sued for recovery of possession.

LCI has reported him to the police and he has been charged with trespass and fraudulent breach of trust.

I. LCI claims he resigned without making full account of books he took from the church to sell for a commission.

He has refused to return either the books or the money. LCI is claiming a sum of GHC 36,820.00 from him.

LCI has reported him to the police and he is being investigated for fraudulent breach of trust.