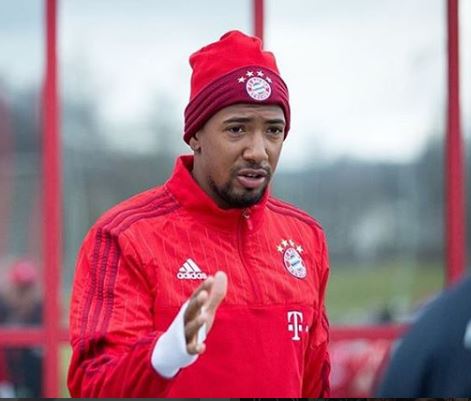 The defender has been using the training facility of the German giants to maintain his fitness ahead of a prospective transfer.

Boateng is not the only one training at Bayern as he shares the pitch with club legend Franck Ribery.

Both are currently without a club and are looking for a new club. They keep fit privately and have already trained together in Ribéry’s garden in Grünwald near Munich.

Now, with Bayern’s permission, they were allowed to do a unit on “their” old training ground with the popular fitness maker Broich.

Their most recent training was headed by Bavaria’s head of fitness, Prof. Dr Holger Broich.

The two ex-Bayern stars ran, sprinted, did exercises with the ball. Both looked in top shape.

Boateng, a World Cup winner with Germany, parted ways with Bayern at the end of last season after 10 years.

The 32-year-old has been linked with a return to boyhood club Hertha Berlin. His brother Kevin-Prince Boateng has returned to the club.

- Advertisement -
Share
Facebook
Twitter
Pinterest
WhatsApp
Previous article‘Stop fooling before I slap the madness out of your system, God made man and woman to ‘chop’ one another’- A Plus shuts out Abena Korkor, heaps fire on her head (Watch)
Next articleAshGold skipper Richard Osei Agyemang named MOTM
- Advertisement -

Forget about TT, he loves food a lot and used all the money prophet gave him for big meat- Actress Helen Omaboe supports Mr....