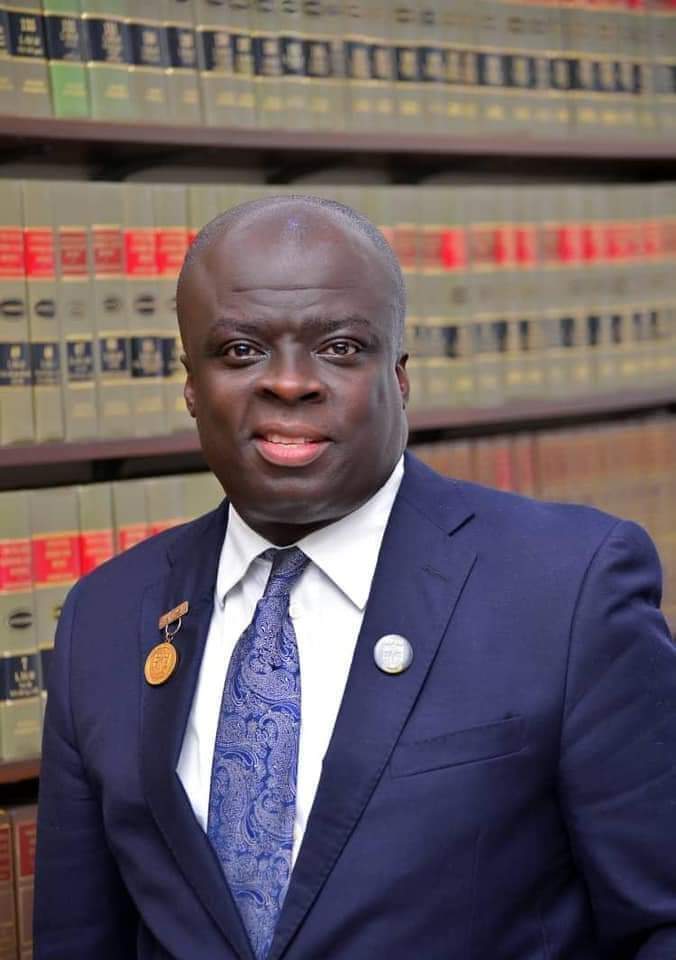 •Kwasi Afrifa has been charged with nine counts of misconduct

Lawyer Kwasi Afrifa, the counsel for Ogyeedom Obranu Kwasi Atta VI who made the $5million allegation against Chief Justice Kwasi Anin Yeboah has sued the General Legal Council (GLC) over some decisions taken by the council on the petition filed against him by his client.

Kwasi Afrifa in a suit at the Accra High Court is praying the court to reject the decisions by the GLC after their meeting on July 15, 2021.

Afrifa according to multiple reports argues that the meeting was illegal and an affront to the rules of natural justice.

Afrifa’s suit is in reaction to the decision by the GLC to slap him charges of misconduct in his engagement with Ogyeedom Obranu Kwesi Atta VI as his counsel.

Preliminary investigations by the GLC found Kwasi Afrifa guilty of nine counts of charges for which he is supposed to respond.

Lawyer Afrifa was hauled to the Disciplinary Committee of the GLC after his client Ogyeedom petitioned the GLC over his unwillingness to refund an amount of $75,000.

Ogyeedom detailed in his petition that Kwasi Afriyie whiles acting as his lawyer requested $100,000 for ‘ways and means’ in order to get a favourable ruling for him.

He, however, failed to deliver on his promise and Ogyeedom after unsuccessful attempts to retrieve his money sought refuge in the GLC.

In his response, Kwasi Afriyie made some vile allegations against Chief Justice Kwasi Anin-Yeboah and renowned lawyer Akoto Ampaw.

“At the end of July 2020, the Petitioner informed me that friends of his who were highly connected politically had taken him to see the Chief Justice who had agreed to help him win his case on the condition that he drops my good self as the lawyer handling the case for him and engage Akoto Ampaw Esq in my stead,” Kwasi Afrifa said in a response to the GLC.

“He further informed me that the Chief Justice had demanded a bribe of US$5,000,000 for a successful outcome to his case and that he had already paid US$500,000 to the Chief Justice. He further indicated that he was hard-pressed to raise the remainder of the US$5,000,000 and so I should refund some of the GH¢300,000 paid me as fees because he had in line with the advice of the Chief Justice, engaged Akoto Ampaw Esq as solicitor to continue the case before the Supreme Court,” Afrifa added.