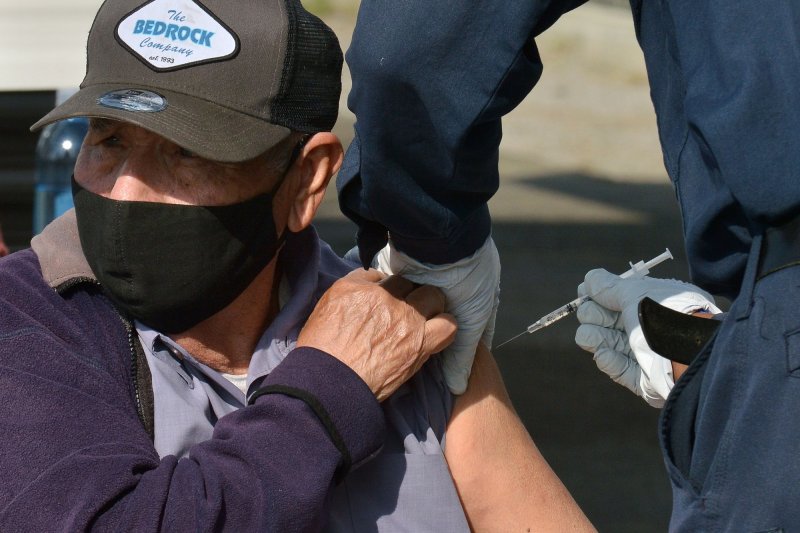 Aug. 2 (UPI) — Text messages are an effective way to remind unvaccinated people to schedule and show up for their COVID-19 shot, a study published Monday by the journal Nature found.

Vaccination rates among people who received a text message about scheduling their appointment, and to attend, were 84% higher than those for people who did not get the “nudge,” the data showed.

The text message-based program boosted vaccination rates at one site to 18% of eligible patients from 14% in the first month alone, the researchers said.

“Our findings suggest that we need to do more to reach out to [people] who are still not vaccinated,” study co-author Dr. Daniel M. Croymans told UPI in an email.

“We should better utilize technology to get them the right information at the right time to reduce hesitancy,” said Croymans, a primary care physician at UCLA Health in Los Angeles.

After an initial surge in the early spring, when shots from Johnson & Johnson, Moderna and Pfizer-BioNTech became more widely available, vaccination rates began to slow across much of the United States.

As a result, the country fell well short of meeting the Biden Administration’s goal of having 70% of the population fully vaccinated against COVID-19 by July 4.

Through Sunday, just half of those eligible to receive the shot — those age 12 and older — were considered fully vaccinated, according to the Centers for Disease Control and Prevention.

However, with the rise of the more contagious Delta variant of the virus, officials have sought to boost vaccination rates, particularly in regions hard hit by recent surges in cases.

Nationally, more than 97% of recent hospitalizations related to COVID-19 have occurred in unvaccinated people, Croymans and his colleagues said.

For this study, the researchers enrolled 100,000 UCLA Health patients eligible for COVID-19 vaccine in February, mostly people age 65 years and older with a pre-existing condition.

All of the participants had provided their cellphone number to the hospital system.

After initial notification of eligibility for the vaccine, participants received one of four types of text message or no text reminder.

Among patients who did not receive a text reminder, 7% booked an appointment within the first six days of the study period, the data showed.

However, among those given a text reminder, 13% scheduled a shot, a difference of about 84%.

This approach was particularly effective with the population that typically schedules a seasonal flu shot, and the benefits even held when the researchers examine vaccinations obtained outside of UCLA Health clinics, the researchers said.

Although ownership language brought an additional boost in appointment and vaccination rates, compared with text messages without such language, adding the video message to the text message did not further improve appointments schedules or vaccinations.

In a separate analysis conducted as part of the study, more than 67,000 people who did not schedule an appointment after receiving the first reminder were divided into two groups.

On the eighth day after the initial invitation, one group received a second reminder text and the other did not, according to the researchers.

Although the effect of the second reminder is small, the group being vaccinated were initially hesitant to get the shot, the researchers said.

Applying the text message approach to the entire U.S. population could result in an addition 5 million to 7 million people becoming vaccinated nationally, they estimated.

“A simple message using behaviorally informed language is an effective way to help people overcome the barriers to scheduling their first dose of the COVID-19 vaccine,” Croymans said.

“If you can get them to their first vaccine they will very likely get their second vaccine,” he said.

Final funeral rites of Bawumia’s mother scheduled for this date