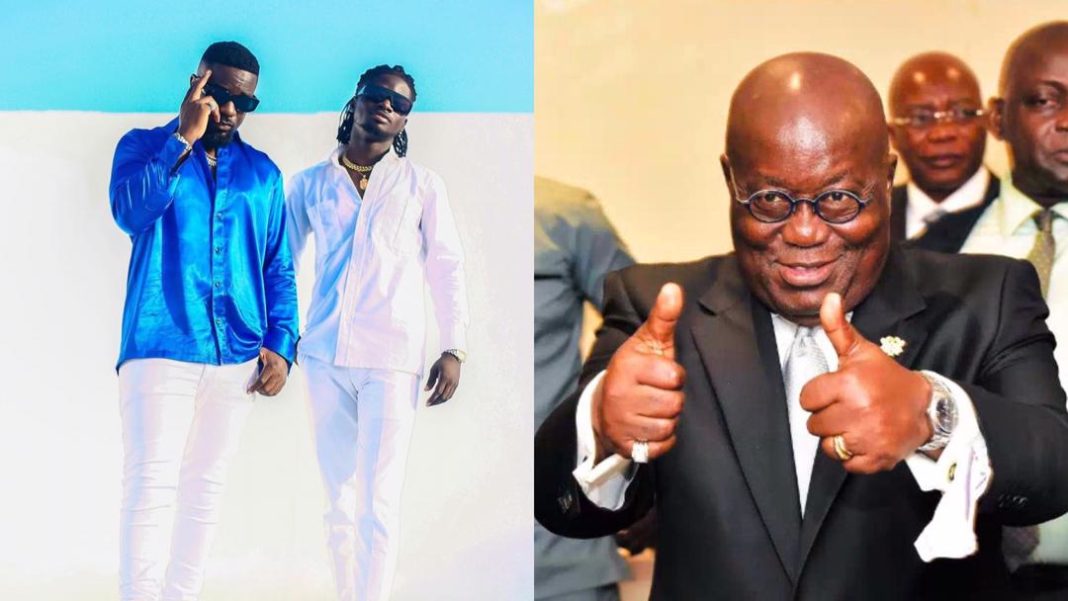 Sarkodie has extended his sincerest apology to the president of the Republic of Ghana Nana Akufo Addo for a seeming offensive post he made about him in the build-up to the intense 2020 presidential elections.

Recall Sarkodie dropped a song close to the electioneering period dubbed ‘Happy Day’ ft Kuame Eugene that was hugely interpreted as a political endorsement for the candidature of Nana Akufo Addo and his flagship free SHS policy.

President Akufo-Addo even acknowledged the song and taking to Twitter at that time, he added the NPP’s popular slogan “The Battle Is Still The Lord’s while reacting to the song when it was officially released on YouTube.

Sarkodie however told the president bluntly that the song is not for him amidst a slight drama that somewhat escaped the radar.

The rapper had replied;

“Nana M3nfa bronya ho nre akoko oo lool !! when I say aban ( all parties ) Shouts to yourself x JM but if i feel like pointing out the negatives too you know how we do.” 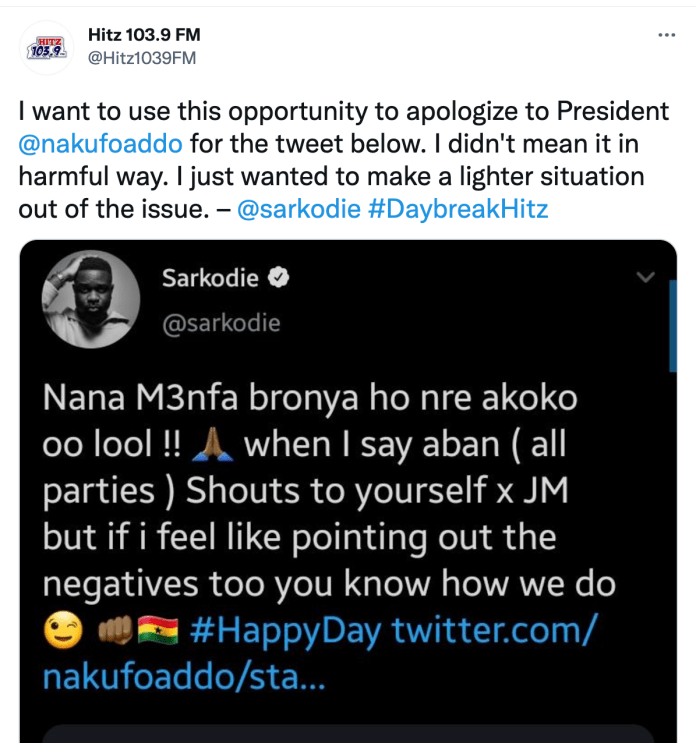 In hindsight, Sarkodie has realized his words were too harsh on the president and has offered his apology.

He opened in a fresh interview on Hitz FM with Andy Dosty saying;

“I want to use this opportunity to apologize to President @nakufoaddo for the tweet below. I didn’t mean it in a harmful way. I just wanted to make a lighter situation out of the issue.”