Alavanyo Senior High Technical gets new Board of Governors 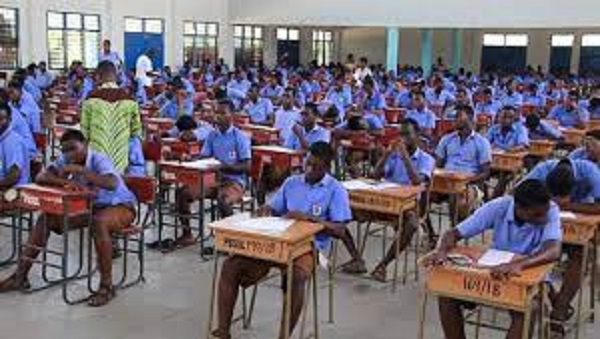 A 13- member newly reconstituted Board of Governors for the Alavanyo Senior High Technical School (ASTECH), has been inaugurated to steer affairs of the institution for a three-year term.

Madam Enyonam Afi Amafuga, Volta Regional Director, GES, expressed gratitude to the outgoing Board members for their dedicated service for the school during their tenure.

She noted that the new members had taken over at a time where second cycle institutions faced numerous challenges including indiscipline, downward trend in academic performance, homosexuality, inadequate supply of infrastructure and learning materials.

The Director said the expertise, skills, knowledge, and goodwill of the new Board would translate boldly in addressing the challenges the school faced to enable it rose to an enviable position.

She said the absence of the Chairman of a Board was not an excuse for it not to hold its meetings.

The Director called on the staff of the school to be aware that their assignments were to be carried out within a certain ethical and vocational boundary, hence, resist the temptation to inflict corporal punishment on students since any such punishments were outlawed.

“Perhaps one cool punishment will be that, if the child is a Christian or a Muslim, we give that student a whole chapter in the bible or qur’an to write many times. The person may become a good priest or chief Imam in future.”

She urged the staff to be wary of sexual harassment of colleagues staff and students and serve as role models.

The Director called on the students to make judicious use of their time, avoid the abuse of the internet and not engage in vices such as drug abuse.

Madam Amafuga encouraged the Board to exercise its power of recommending punishment for students judiciously as punishment was meant to reform and not to victimised.

She called on parents to support the education of their wards by helping them to provide elective textbooks for the students.

Madam Amafuga bemoaned performances of the 2018, 2019, and 2020 WASSCE of the school adding that, “some of our schools leave much to be desired in terms of academic performance.”

The members were sworn into office by Rev Michael Kungu, Synod Clerk of Central Presbytery of E.P Church, Ghana with the oaths of office and secrecy.

He said the school had a total of 67 permanent staff with vacancies for 27 teachers and 35 non-teaching staff that needed to be filled to improve the school’s performance in WASSCE since the 2020 results were not the best.

The Headmaster said 50 per cent of the teaching staff lived outside Alavanyo and Management strongly believed if the accommodation was provided on campus, they would be willing to stay in the town to improve results.

“Lack of accommodation for some critical staff on campus is a very big headache for Management.”

He said urgent accommodation on campus or close to the school was needed for two Assistant Heads, Senior Housemaster, and all House Parents which would greatly improve discipline among boarding students.

He said staff development through regular in-service training, extra tuition for students towards the improvement of results as well as teachers and students discipline.

The Headmaster expressed gratitude to all stakeholders for their immense support towards alleviating the numerous challenges of the school while calling on all old students of the school to develop an interest in the development of the school.

Togbega Tsedze Atakora VII, Paramount Chief of Alavanyo Traditional Area, urged the newly constituted Board to give their best in executing their mandates.

He urged the students to take their lessons seriously and passed successfully.