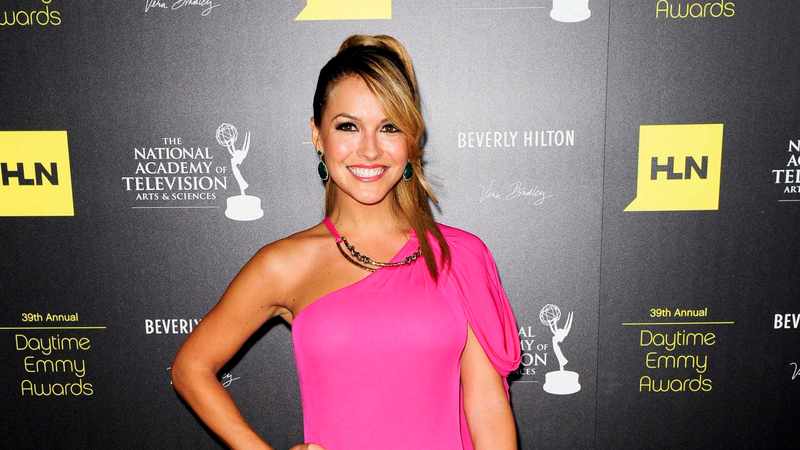 The ‘Selling Sunset’ star has confirmed her new boyfriend is actually her boss, whom she works with at real estate agents Oppenheim Group, which is the company at the centre of the Netflix series.

Chrishell posted pictures on Instagram of herself and Jason enjoying a holiday with friends, and in two of the photos, she and her new beau could be seen cuddling together on a boat.

And to further prove their romance, several of their co-stars on the hit Netflix show also left comments on the post congratulating them on their relationship.

Mary wrote: “Nothing makes me more excited than to see two of my closest friends together and making each other so happy!”

While her spouse Romain added: “So happy for you guys! Finally people will stop with Jason and Mary hopefully.”

Brett thanked Chrishell for “making my brother happy”, while Amanza said she was “so happy” the news was out.

Jason’s sibling wrote: “Love you Chrishell. Thank you for making my brother happy.”

And Amanza said: “love you both! So happy it’s out!! Ahhhh we can all just be normal now! Happy!!!! Makes me sooooo happy for you both!! (sic)”

Jason, 44, has also confirmed his romance with Chrishell in a statement to People magazine.

He said: “Chrishell and I became close friends and it has developed into an amazing relationship. I care about her deeply and we are very happy together.”

The 40-year-old beauty was previously married to Justin Hartley from 2017 until November 2019 when Justin filed for divorce.

Chrishell then filed for dissolution of the marriage in December 2019, and their divorce was finalised in February this year.