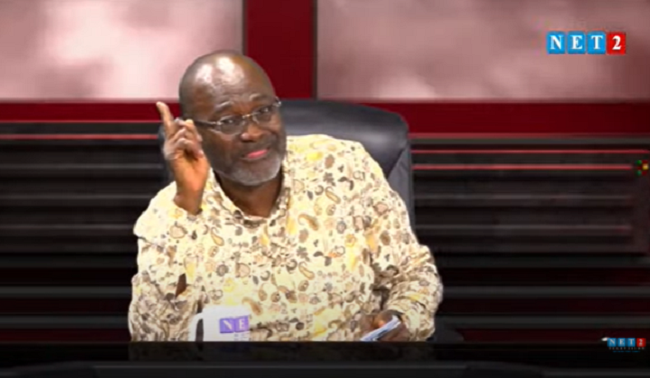 •He is however not enthused with his some his public statements

Murtala Mohammed said on Starr FM on Wednesday, July 28, 2021 that Kennedy Agyapong’s penchant for ‘reckless statements’ is because he holds reverence for no one in his party.

He said that members of the governing party are afraid to speak up against Kennedy Agyapong due to fear of they being exposed.

“I have stated my position about him and I can say that he is very reckless. He has cowed everyone into submission in the NPP and even Nana Addo is afraid of him. He is a challenge that the NPP should confront,” he said.

Murtala Mohammed who described Kennedy Agyapong as a ‘good friend’ said that he confronted him on his silence on the murder of activist Macho Kaaka and the chaos that ensued as a result of his death.

He said that with his position at the Chairman of the Defence and Interior Committee of Parliament, Kennedy Agyapong’s silence on the issue was unfortunate.

“He is a very good friend and one of the nicest guys in Parliament. I had a problem with him recently and I confronted him in the matter of the Ejura incident and I told him I was disappointed that I didn’t hear a single word coming from him. He is someone who speaks his mind and I feel he should have spoken on that because you have men in uniform who should be protecting lives unleashing terror on citizens of this country,” he said.

He further stated that Kennedy Agyapong should have faced prosecution for his comment on late investigative journalist Ahmed Hussein Suale.

He said that elsewhere Kennedy Agyapong would have faced the law for exposing Ahmed to danger shortly before his assassination.

“I think his statement in the matter of Ahmed Suale for which reason the man was murdered, in a very serious country, that should not be a free person. I’m not saying he killed him but this same person brought out Ahmed’s pictures and said that people should hurt him. Same thing has been done to Erastus and I think it is unacceptable. Nana Addo fears him. Everybody in NPP fears him because he perhaps has information about them.”

Kennedy Agyapong is due to face the Privileges Committee of Parliament over some comments he made against Erastus Asare Donkor of Luv FM.

His colleague MP, Alhassan Suhuyini hauled him before Parliament for comments which he deems as a case of inciting the public against a journalist.

Agyapong will appear before the committee on August 5, 2021.