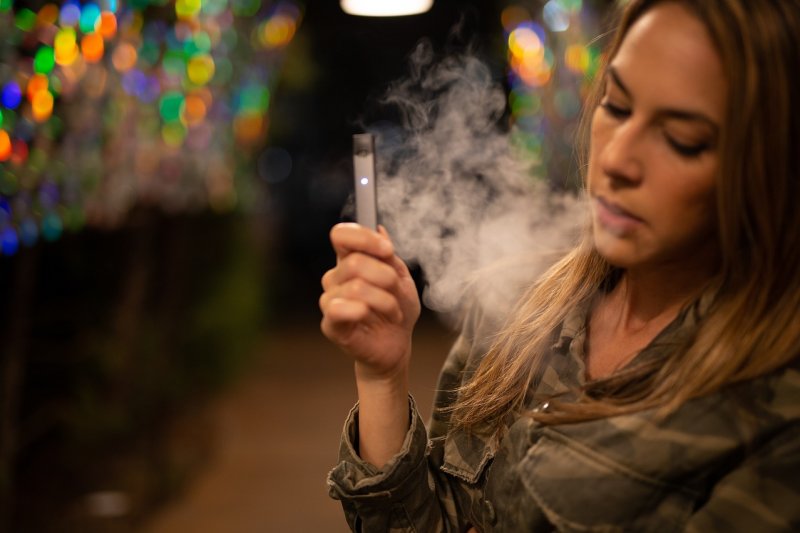 July 26 (UPI) — Adolescents who set goals for their future and have strong parental support are less likely to use e-cigarettes and other tobacco-related products, according to a study published Monday in the journal Pediatrics.

Positive future orientation and high levels of parental monitoring were linked with a 10% to 25% lower prevalence of kids vaping, according to the study.

There was, however, no proven link between social support or school connectedness and use of e-cigarettes.

“A lot of the traditional methods we think of for counseling youth on the dangers of tobacco and drug use may not apply to vaping,” study lead author Nicholas Szoko said in a press release.

“Pediatricians and parents need a better understanding of what motivates adolescents to eschew e-cigarettes,” said Szoko, a fellow in the Division of Adolescent and Young Adult Medicine at the University of Pittsburgh Medical Center Children’s Hospital.

Researchers at UPMC surveyed nearly 2,500 high school students in the Pittsburgh Public Schools system. The participants had a mean age of 15.7 years and 1,446 were female.

The participants filled out questionnaires on e-cigarette and tobacco use, in addition to asking about four protective factors in their lives, including a person’s beliefs and goals related to the future, parental support, social support from friends and peers and a sense of belonging at school.

All four factors have previously been associated with lower prevalence of smoking and using other tobacco products, but none of the factors were associated with intent to quit using tobacco.

Senior author Alison Culyba noted that parents can help their children through becoming teens by having open conversations with their children about what they’re encountering.

Last month, the Campaign for Tobacco-Free Kids published a study that showed that, in 2019, 27.5% high school students and 10.5% middle school students said they used e-cigarettes.

Studies have also shown that e-cigarette-using adults had a strict smoke-free policy in their homes but only a quarter banned vaping from their homes. Many are unaware of the risks to their kids, one researcher in the study said.

“It stands to reason that we may need different approaches to keep kids from vaping than we use to stop them from smoking,” he said.