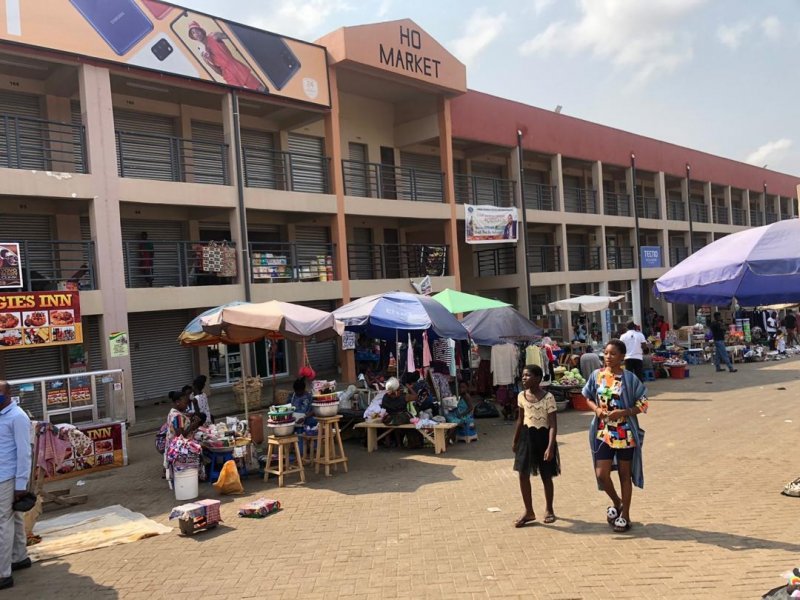 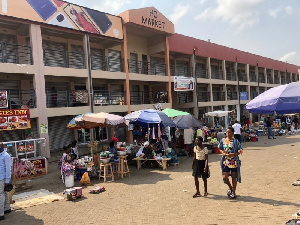 A general shot of the Ho Central Market | File photo

Expansion works are ongoing at the Ho Central Market under the Secondary City Support Programme.

The $100-million World Bank programme is disbursed based on performance to 25 selected Municipalities in the country with the Ho and Hohoe Municipalities as beneficiaries in the Volta Region.

The Ho Central market received four project lots of market stores and essential ancillary facilities, which are being executed in two phases.

Lot one of phase one includes the construction of a two-storey market structure with 54 units of lockable stores and a 12-unit water closet toilet among other facilities.

The second lot is also a two-storey with 37 units of stores, a water closet toilet, a mosque and a revenue post.

Part of the second phase includes the expansion of the main lorry park.

Phase one is progressing speedily and is expected to be completed by October 2021 while the second phase is entering the foundation stages, projected to be delivered by May 2022.

Dr Archibald Yao Letsa, Volta Regional Minister, led a host of stakeholders and officials of the Ho Municipal Assembly and Chiefs of Asogli State, on an inspection tour on Wednesday and said the projects were planned to provide more ease of access to the market.

He said although seasonal rainfall bore on the project’s execution, work progressed day and night towards the achievement of delivery timelines.

The Regional Minister said when completed, the stores and facilities would help solve persisting challenges of space allocation at the central market.

Chiefs of the Asogli State commended the initiative and scrutinised the projects while charging its executioners to ensure timely conveyance and value for money.

Heads of major transport operator unions lauded the development and expressed particular joy over the provision of newer toilet facilities to replace existing ones, which had become inconvenient for use.

The team also assessed the expansion works on a bridge at the Amegashie area close to the market, and which had been the site of constant flood-related disasters.

Mr Prosper Pi-Bansah, Municipal Chief Executive, said the culvert would be doubled to bear heavy water flow, and added that the design factored in the future construction of a dual carriageway.

Construction works on an integrated compost recycling plant at the engineered landfill site at Akrofu was also inspected, and the team also visited a liquid waste treatment plant at the same site, which was about 85 per cent complete.