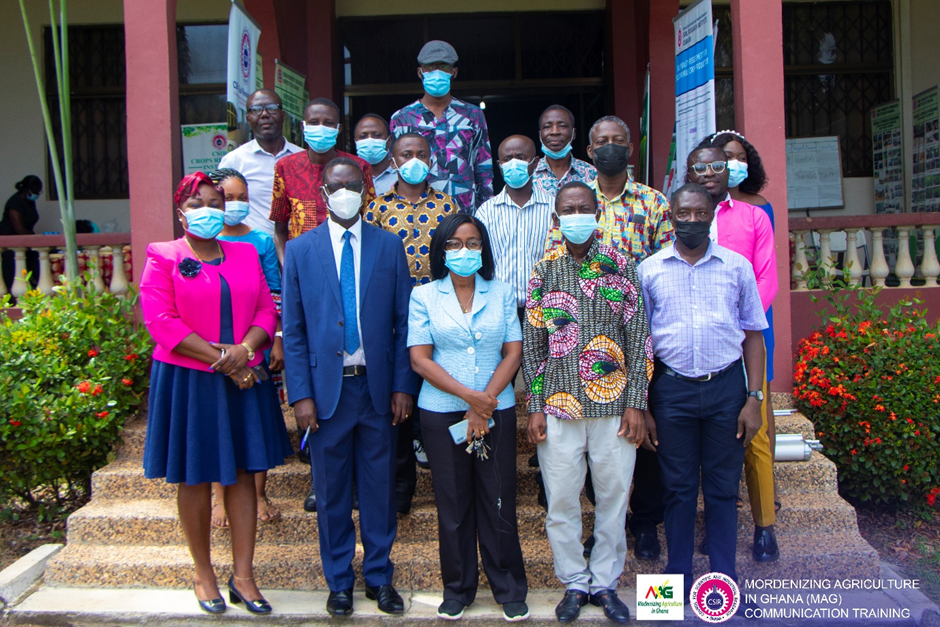 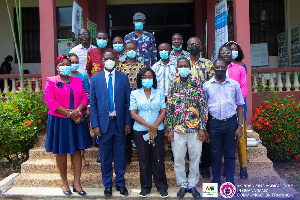 Participants at the capacity building in Science, Technology and Agriculture for journalists

Council for Scientific and Industrial Research (CSIR) as part of its keen interest in developing stronger relations with the media organized a training workshop for selected media houses in the Ashanti region.

The objectives of the capacity building were to equip journalists to understand the language/terminologies of Science and Technology; to enable effective communication and understanding between Scientists and the Media; to share knowledge on how to effectively disseminate scientific and agricultural outputs for the benefit of the end-users.

The training workshop was with the support from the Canadian government through the Modernization of Agriculture in Ghana (MAG) program.

MAG is a budgetary support program extended to Ghana by the Government of Canada. The program provides resources to support the delivery of agricultural advisory services to subsistence farmers and farmer groups in Ghana.

The ultimate outcome is a more modern, equitable and sustainable

Speaking at the training session, head of Corporate Affairs at CSIR Head Office in Accra, Ms Benedicta Nkrumah-Boateng in her presentation on the topic ‘CSIR AND THE MEDIA, Our Powerful past, our promising present, our prosperous future’ reiterated CSIR’s keen interest in developing stronger relations with the media with the creation of a Media Corps “Ambassadors”.

“The process has started with selected media houses in Accra and following this engagement, “Ambassadors” will be established for the Middle and Northern sectors of Ghana” she stated. “Together, we will work to educate the public about technologies, innovations and services provided by CSIR” she added, saying for instance that, the recently launched Digitized Soil Maps of Ghana has reduced the dependency on analogue maps which were open to the vagaries of rodents chewing the maps, and the need to have large and secure rooms for storage. Information was also not easily accessible with end-users having to be physically present in order to access them.

Understanding the nomenclature of CSIR was presented by Communications Advisor CSIR/MAG Donald Gwira.

He shared a list of 101 acronyms commonly used by CSIR. “This list should act as a guide when writing in the context of CSIR and its related field since acronyms can have different meanings depending on the context” he stated, adding for instance, “CID – Criminal Investigation Division or Commercialization Information Division in CSIR context; DMC – Devil May Cry (video Game) or Directors’ Management Committee (CSIR); MAG – Aunty Maggie or Modernizing Agriculture in Ghana (CSIR)”.

• The media were asked to seek early clarification from CSIR when disseminating related information.

• CSIR Scientists need to train/educate the media men and women once a year, most especially the vernacular stations on how to report S&T information.

• CSIR could organize facility visits for the media houses to get to know what they do in those facilities and to help create awareness.

• Some journalists advocated for Institutes to buy/negotiate/barter air time so as to explain their numerous jargons and share their technologies, innovations and services to the general public. According to them, this has worked very well for clients especially those who have used radio as a means of reaching out to the public. The response from the public has been overwhelming they added.

• Multimedia have designated days during the week to discuss science, technology, agriculture and innovation. CSIR can take advantage of such opportunities.

• Media houses were encouraged to follow the example of Multimedia which invariably will draw more customers to their stations especially when the technologies, innovations and services being discussed are relevant to the daily lives of end-users.

• Journalists were advised that there was no shame in sharing stories and asking subject matter experts to read over. Indeed, a story that is well written and published without recourses to rejoinders are the best way to go.

• CSIR Institutes should make it a practice of inviting journalists on field trips so that they can learn more and appreciate issues surrounding the industry.

• Facts Sheets and Frequently Answered Questions (FAQs) were very useful. It aids the media in writing better stories about the subject areas.

• CSIR can also do audio especially in the local language of what has been published in print.