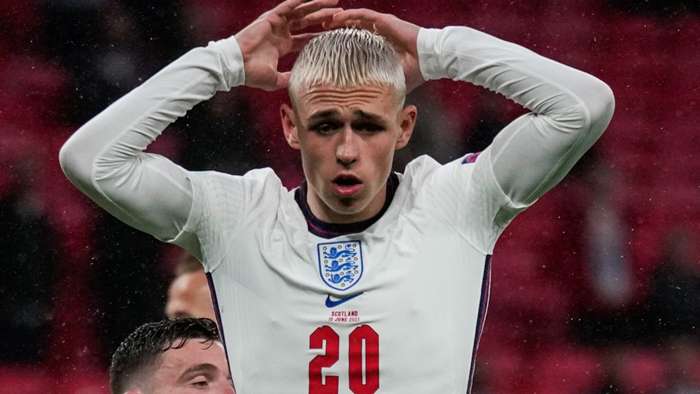 Phil Foden has been forced to sit out England training ahead of a Euro 2020 final showdown with Italy.

The Manchester City midfielder has picked up a “slight knock” and was not put through his paces on Saturday along with the rest of Gareth Southgate’s squad.

He now faces a race against time to be ready for a crunch clash with the Azzurri at Wembley Stadium on Sunday evening.

Is everybody else fit?

The remaining 25 players in Southgate’s squad were involved in a final training session at St George’s Park.

Foden is considered to have been left out as a precaution, but it remains to be seen what role, if any, he is able to play in a continental showpiece.

All 26 members of the England fold have passed UEFA-mandated PCR coronavirus tests ahead of an eagerly-anticipated meeting with Italy.

Would Foden be a big miss?

He was included from the off in group stage outings against Croatia and Scotland, as four points were collected by the Three Lions.

Foden then slipped down the pecking order and has seen only 25 minutes of action across England’s last four games.

He was introduced off the bench during extra-time against Denmark, as Southgate’s side edged their way to a 2-1 win and into a first major final since 1966.

Alternative options to Foden are being favoured at present, with the clamour for Jack Grealish to see more minutes earning him a start against the Czech Republic.

Bukayo Saka was also included from the off in that fixture, with the Arsenal star getting the nod again for Germany and Denmark matches.

Jadon Sancho, who is in the process of finalizing a move to Manchester United, got an opportunity to impress in a quarter-final tie with Ukraine and could come back into the reckoning against Italy.

Marcus Rashford is another looking to force his way into Southgate’s thoughts after being restricted to a bit-part role so far.