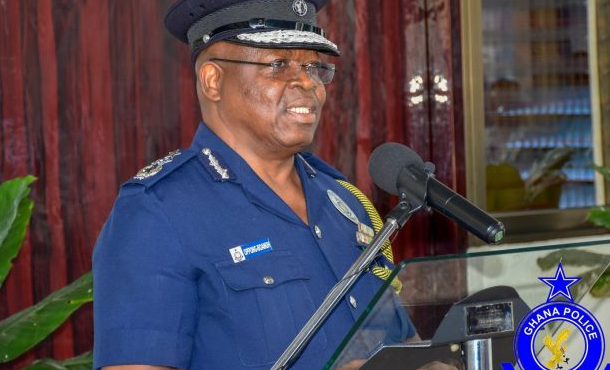 Power FM News has gathered that over 100 police personnel protecting some Members of Parliament (MPs) do not have weapons to fortify their guard duties.

The decision which was taken by the Minister of Interior, Ambrose Dery, was implemented early this year but most MPs in the minority and their other colleagues from the majority side who have no ministerial appointments resort to the ‘scare crow’ method to protect themselves.

The ‘scare crow’ method according to some majority MPs is moving with a cop without a gun but has the tendency to scare away criminals.

“We don’t know why the IGP has failed to get our guards arms this long time they were assigned to us. Because the police personnel does not have guns they are like scarecrows who are scaring criminals but the moment they are confronted by criminals, that will be the end,” a legislator from the government’s side who pleaded anonymity told Power News.

The situation has led to some police personnel who have been assigned to MPs frightened. Some police officers told power news last week that, they are always the target of criminals yet they are helpless.

One of the officers who also spoke to Power News indicated that their lives are in danger, stressing that when they are confronted with any eventuality, they will die.

“See all those officers there have no arms to protect themselves,” another officer said while pointing to a group of police officers that had converged at the forecourt of the lawmaking chamber.

“Sometimes we travel hundreds of miles to the constituency at night. Just imagine you come across a criminal who is armed what can you do to save your life and the MP,” he added. “The moment criminals want to pounce on an MP, it is you the police officer who is a threat to him. If he wants to shoot you, you’ll be killed in a simple way because you have nothing to save yourself.”

Another officer, Kwadwo Peprah [not his real name] said since the beginning of the 7th Parliament, the Inspector-General of Police, James Oppong-Buonuh has failed to release arms to the police bodyguards despite the matter being raised several times at some committee levels.

Power News has also gathered that some MPs both in the Majority and Minority have made frantic calls to the Interior Minister to get their bodyguards armed but the promise to get them the men in uniform weapons has not been fulfilled.

“There are weapons. We know but we don’t know why the IGP has failed to do so,” he revealed.

Confirming the worrying situation, MP for Odododiodoo, Nii Lantey Vanderpuye said he is disappointed that the IGP has not been able to retool his men working in the law-making Chamber.

Speaking to Kwame Minkah on Dwaboase on Power FM Friday when he was asked about our findings, the former Sports Minister said the situation was worrying.

“Yes. It is true that most MP bodyguards have no arms to protect them. I don’t know why retooling them has kept long,” he stated.

“What some of my colleagues do is, those with weapons registered in their names give them to their guards to protect them,” Vanderpuye revealed.

Power FM’s attempt to reach out to the Police has proven futile.