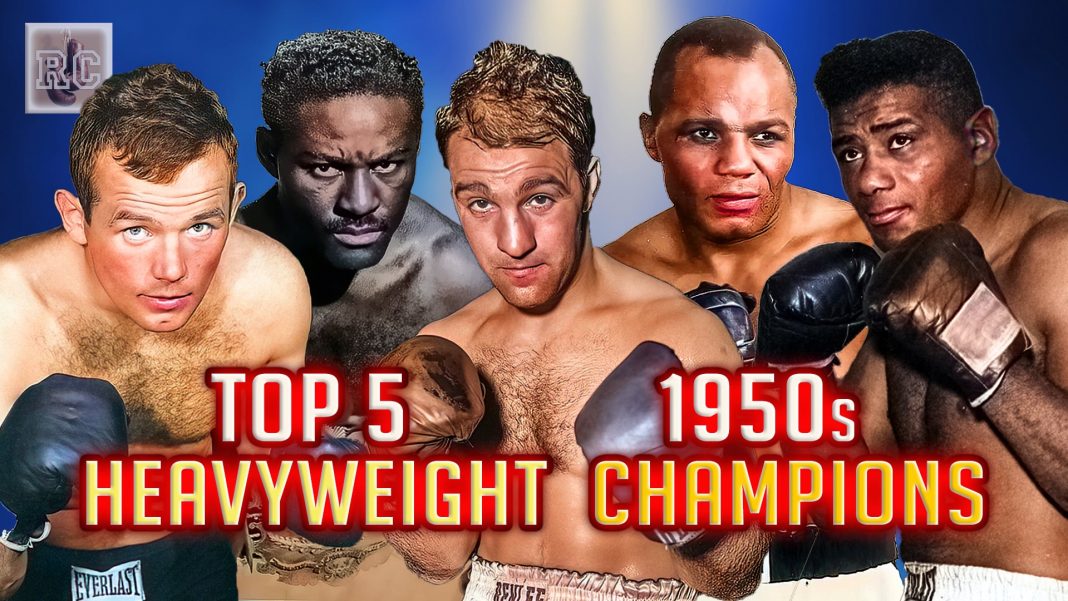 By Geoffrey Ciani: Who were the Top 5 heavyweight champions during the 1950s?

Ezzard Charles entered 1950 as the NBA heavyweight champion, and in September 1950 Charles beat former heavyweight king Joe Louis by 15 round unanimous decision to win the vacant NYSAC championship, where he also earned a valid claim to the lineage. In July 1951 Jersey Joe Walcott defeated Charles by 7th round knockout to become the new champion. In September 1952, Rocky Marciano stopped Jersey Joe in round 13 to win the championship, and after making 6 title defenses Marciano retired and remained retired. The vacancy was filled in November 1956 when Floyd Patterson defeated Archie Moore by 5th round knockout. And finally, in June 1959, in the last heavyweight championship contest during the 50s, Ingemar Johansson stopped Patterson in round 3 to win the crown. In total, there were 21 championship contests during the 1950s.

So who were the Top 5 heavyweight champions during the 1950s?

This edition of Rummy’s Corner will attempt to answer that question while also providing a quick overview of the heavyweight championship landscape during the 1950s, and a quick recap comparing the championship reigns of The Cincinnati Cobra, Jersey Joe, The Brockton Blockbuster, Floyd Patterson, and Ingemar Johansson. Please watch and enjoy the video for one man’s opinion. This is Rummy’s Corner (produced and narrated by Geoffrey Ciani).