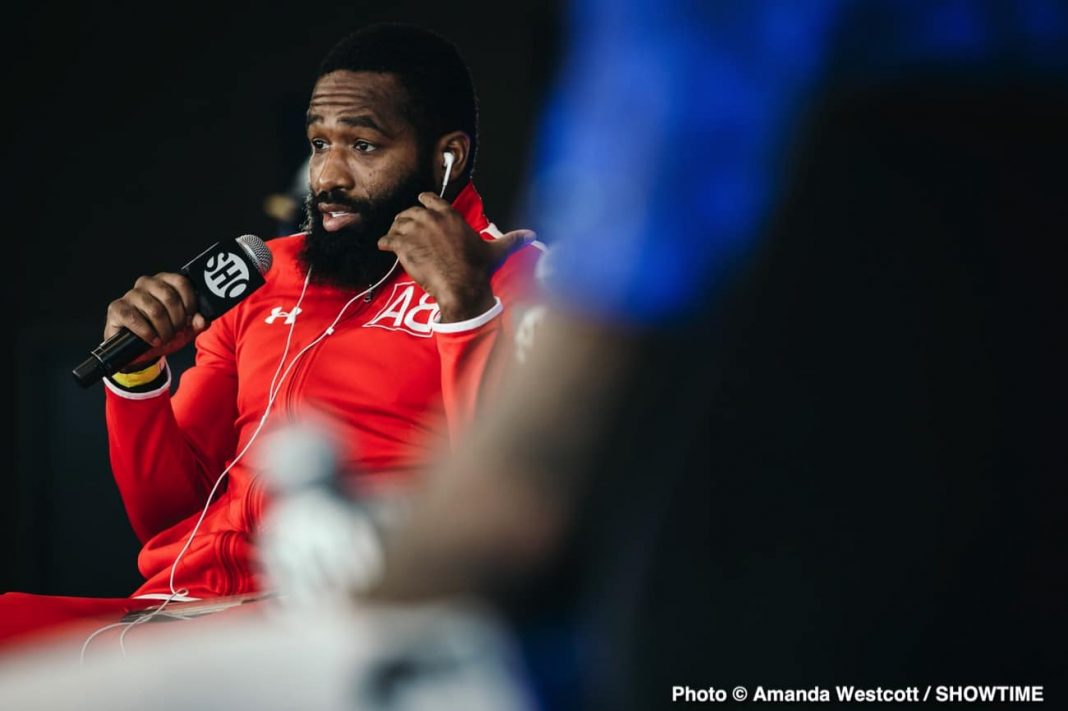 By Brian Webber: Adrien ‘The Problem’ Broner is reportedly in “advanced” talks to face Ivan Redkach in February for his first bout of a three-fight, 12-month, eight-figure deal with BLK Prime.

They’re paying the 33-year-old Broner a lot of money, and surprisingly, a non-contender is considered an acceptable opponent for the former star. However, as bad as Broner looked in his last fight, Redkach has a decent chance of beating him. Broner has looked over the hill since 2012.

“Adrien Broner, the former four-division world champion who signed a multi-fight deal with BLK Prime in October, is in advanced discussions to face veteran Ivan Redkach. Broner-Redkach is being targeted for February,” said Chris Mannix to Sports Illustrated.

With that said, Broner has been out of the ring for 20 months and looked awful in winning a questionable 12 round unanimous decision over fringe contender Jovanie Santiago last year in February.

If BLK Prime insisted on Broner fighting a top 10 contender, he’d likely get blown out, and they’d stuck with him for another two fights with boxing fans disinterested in paying to watch the washed-up former star.

Fans will be disappointed with this choice of Redkach for Broner’s next fight because they were expecting him to face an actual top 15 contender, not a guy with an 0-2 record in his last two fights who hasn’t recorded s victory in three years since 2019.

Redkach’s last win came against a shot Devon Alexander in 2019.

Broner, 33, had been interested in fighting Redkach a year ago, but nothing came of the fight then. Redkach’s sixth round stoppage loss to Regis Prograis last year in April.

Redkach rolled around on the canvas after getting hit with a body shot from Prograis in that fight, causing the referee to initially believe he was injured from a low blow.

On replay, it showed that Prograis had nailed Redkach with a legal right above the waist.  The referee ruled it a sixth round technical decision, but that was later changed to a knockout after it was reviewed.