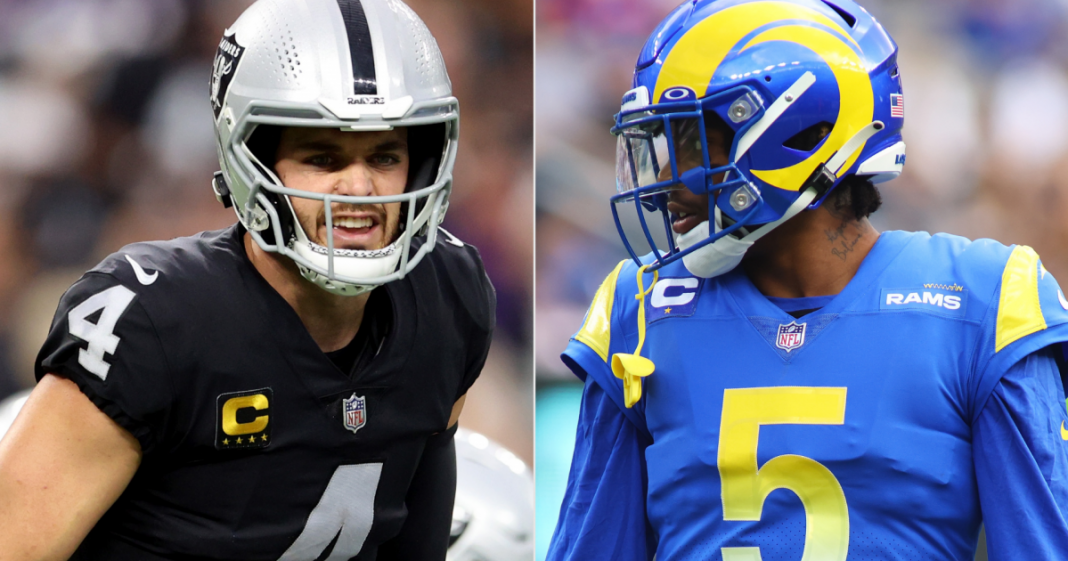 It’s a matchup of unrealized expectations on Thursday night.

The Rams are coming off a Super Bowl 56 win, but between hangover and injuries, it hasn’t been a fun title defense for Sean McVay’s crew. Now, without Matthew Stafford for the remainder of the season, the Rams will just have to tread water knowing that the championship run might be a one-and-done scenario.

The Raiders and Josh McDaniels have shared the pain of mediocrity. While Derek Carr has helped guide the Raiders to three straight wins, at 5-7 the playoffs are a long shot in a highly competitive AFC. McDaniels has quieted some of the talk about his job security for at least the remainder of the season — but things have a tendency to go south quickly in Sin City.

The Raiders and Rams are playing for pride on Prime. Here’s how to catch this week’s “Thursday Night Football” matchup:

What channel is Raiders vs. Rams on today?

As is the case with “Thursday Night Football” for the remainder of the season (and the foreseeable future), Amazon Prime Video will exclusively broadcast the games to the national audience.

Viewers in local markets will be able to watch the game on local network affiliates. This week, those in the Las Vegas market can catch the Raiders on KTNV (ABC 13), while Rams fans in LA can watch on KTTV (Fox 11).

The Canadian audience can watch the game on TSN1, CTV2 or RDS2 for the French-speaking audience. Viewers in Canada will be able to stream the game on DAZN.

Amazon’s pregame show airs in the hour leading up to the contest.

Given that Amazon holds exclusive streaming rights to “Thursday Night Football,” it will be the only streaming option for “TNF” games throughout the 2022 season.